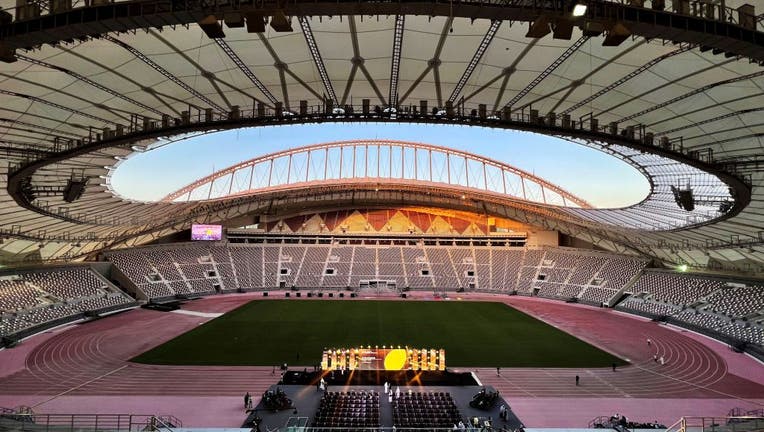 Photo taken on June 13, 2022 shows the interior view of Khalifa International Stadium which will host the 2022 FIFA World Cup matches in Doha, Qatar. (Photo by Wang Dongzhen/Xinhua via Getty Images)

Autumn in America ushers in cooler weather, all things pumpkin-spices, and the return of football. But this year’s season is bringing a new kind of "football" experience to the U.S. — the 2022 World Cup.

This fall, the World Cup, the NFL, college football, the NBA, and more will all co-exist. FOX Sports will air all 64 World Cup matches live across FOX and FS1, with every match livestreaming on the FOX Sports App.

Here’s where the World Cup falls on the calendar: 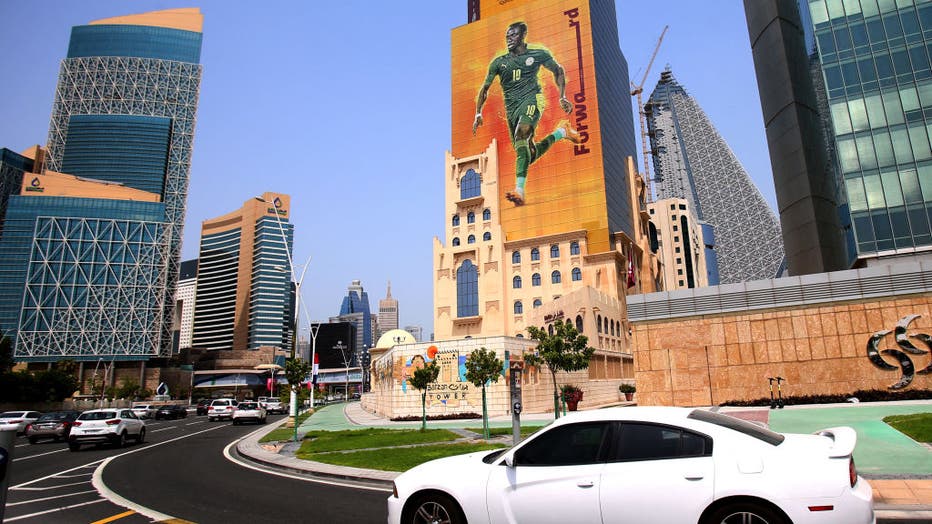 A poster of Senegal's forward Sadio Mane, whose team qualified for the FIFA 2022 World Cup, adorns a building in the Qatari capital Doha on August 16, 2022. (Photo by Mustafa Abumunes/AFP via Getty Images)

The 2022 World Cup is being played across eight venues in Qatar, which is the first Middle Eastern country to host the tournament. This year's location heavily impacts two important timing aspects for the tournament.

First, the seasonal schedule. Typically, the World Cup is held in the summer. But due to Qatar’s exceptionally hot summer season, FIFA pushed the tournament back several months.

The tournament will be played from Nov. 20 to Dec. 18 — with group matches from two top teams scheduled for Thanksgiving Day. Get ready for a new kind of Turkey Day "football."

The second timing aspect affected is the daily schedules. Qatar is seven hours ahead of the Eastern Standard Time Zone, meaning game times will be a little different than what Americans are used to.

Kickoff times range from early morning to mid-afternoon, bringing plenty of opportunities for Americans to embrace new traditions that go hand-in-hand with these atypical viewing occasions, such as "beer for breakfast."

History of the World Cup

How the World Cup became the world's most popular sporting event.

A total of 64 matches are scheduled, which, for those doing quick math, means more than one match will be played on the majority of days.

The first two weeks are jam-packed with the most matches, during group stage play. But, more on that later.

The good news is all the matches are conveniently divided into five start times. And in what could be good or bad news, depending on your sleep schedule, the start times are much earlier than when Americans are typically used to watching sports.

If that 5 a.m. ET wake-up call may be too early for you, you’ll have plenty of other chances later in the days to catch a different match.

RELATED: FIFA World Cup 2022 in Qatar: Everything you need to know

The World Cup is played in four stages: first the group stage, then the Round of 16, followed by the quarterfinals and the semifinals. A third-place game is also played ahead of the championship, which will be on Sunday, Dec. 18 at 10 a.m. ET on FOX.

The tournament starts with a busy two weeks of group stage matches, which means each country can watch its team play multiple times regardless of winning or losing. At the end of the group stage, half of the teams advance to the Round of 16, where single-game elimination begins.

The group stage is when the most action happens — think of how multiple games are played each day during the beginning of March Madness.

During the World Cup group stage, there will be four games back-to-back per day for each of the first two sets of group games, then simultaneous kickoffs for the last two games in each group.

There'll be no break for the knockout stage, which begins the day after the group stage ends. The first day without soccer comes on Dec. 7 — the 17th day of competition.

The 32 teams in the World Cup are divided into eight groups, groups A-H. The four teams in each group play each other once during the group stage, which means each country has a chance to cheer their team on for at least three World Cup matches.

You can see the full list of groups here. The U.S. is in Group B with England, Iran and Wales.

The top two teams from each group advance to the Round of 16, which begins on Dec. 3.

When does the US play in the World Cup?

Teams from more than 200 nations have been whittled down to the 32 that are set to play in the World Cup, including the U.S. The U.S. didn't qualify for the last World Cup but they're back with a vengeance.

Like all countries during the group stage round, the U.S. has three matches set on the schedule:

Note that England, the US’ second match-up, is ranked No. 5. England was a semifinalist at the World Cup in 2018, and a finalist at the European Championship in 2021. Soccer's most underperforming national team is trending in the right direction.

World Cup matches to have on your radar 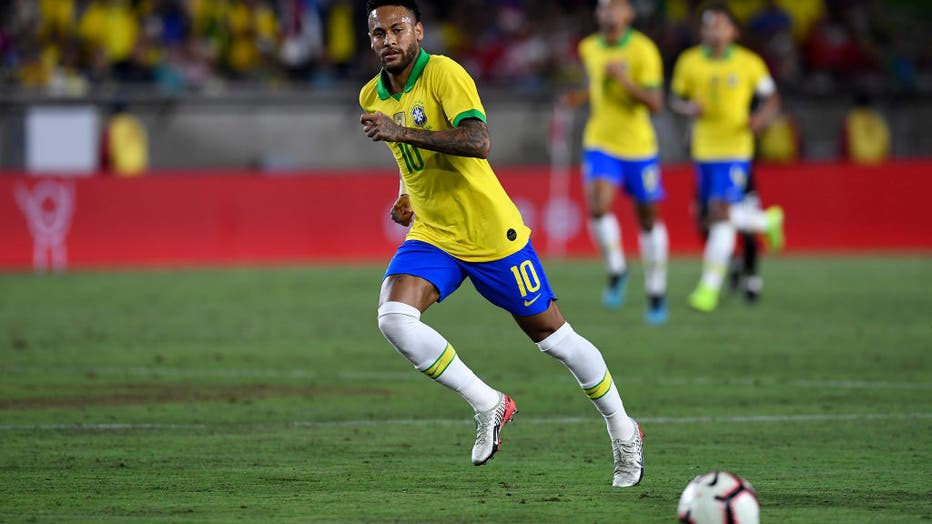 Neymar Jr. #10 of Brazil eyes the ball in the 2019 International Champions Cup match against Peru on September 10, 2019 in Los Angeles, California. (Photo by Kevork Djansezian/Getty Images)

Brazil is ranked No. 1 right now, ushering in the anticipation of their first possible championship title since 2002. Watch for tricks and flicks, and some histrionics, too from main man Neymar.

Brazil is in Group G: 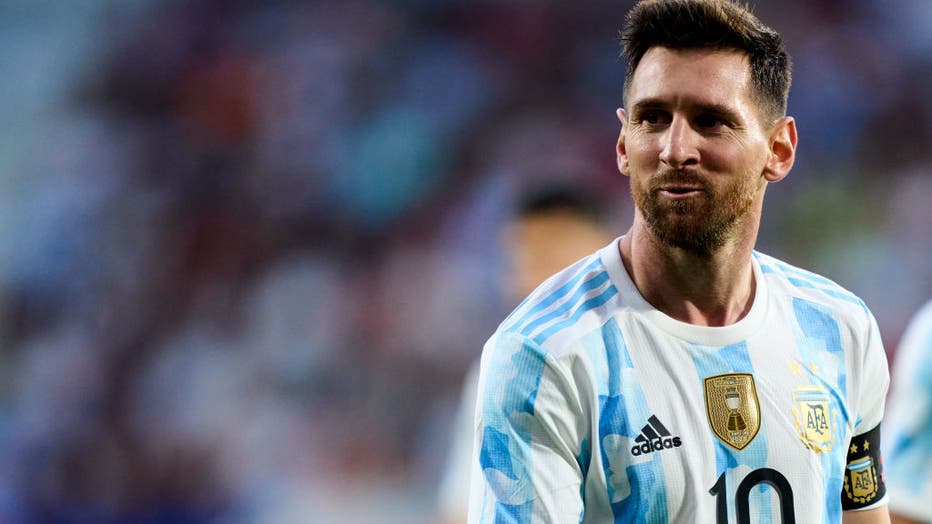 Lionel Messi of Argentina reacts during the international friendly match between Argentina and Estonia at Estadio El Sadar on June 05, 2022 in Pamplona, Spain. (Photo by Juan Manuel Serrano Arce/Getty Images)

Argentina is ranked No. 3 — and the team also has Lionel Messi, one of the biggest soccer stars in the world right now. The seven-time world player of the year might have been saving his 35-year-old legs for one last push at a World Cup winner’s medal that, to many, would solidify him as soccer’s greatest player.

Argentina is in Group C: 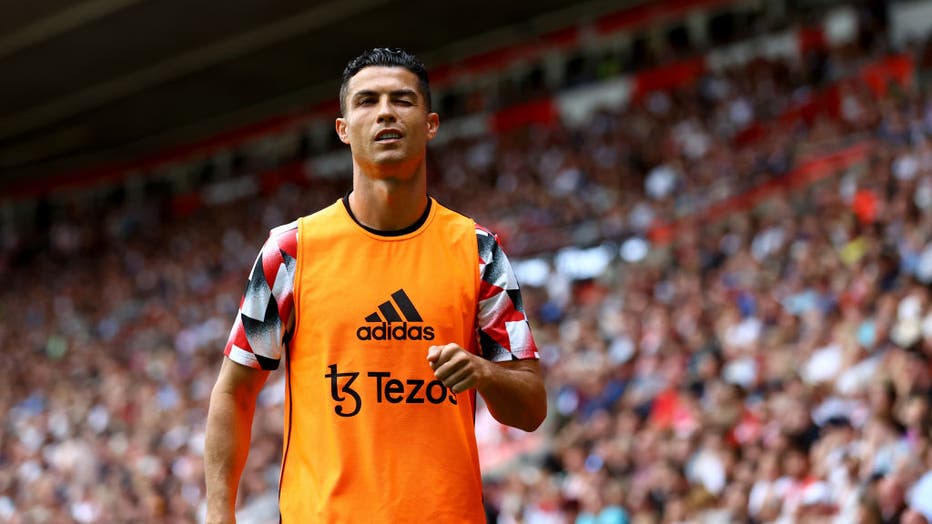 Though Portugal isn’t ranked in FIFA’s top five this go-around, they’ve still got Christiano Ronaldo. He has won the European Championship but the leading scorer in men's international soccer hasn't played in a World Cup final, let alone won one. He's 37 years old now — make the most of him while you can.

Portugal is in Group H: 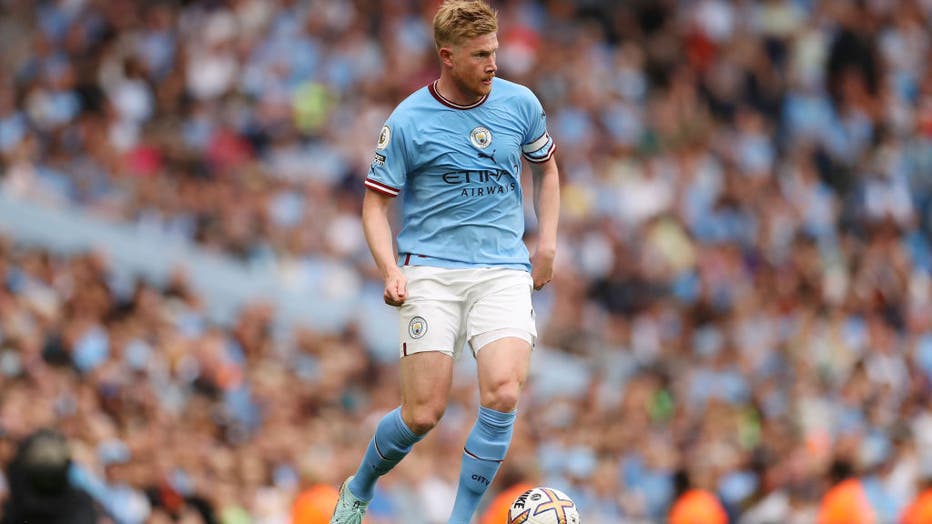 Ranked No. 2. The team is home to star player Kevin De Bruyne, who is widely regarded as the world’s best midfielder. His driving runs are among the best sights in soccer.

Belgium is in Group F: 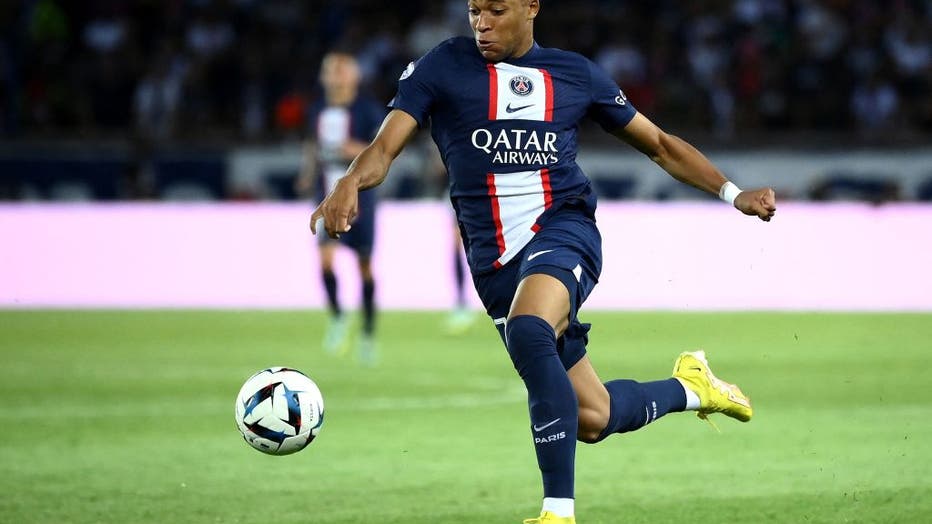 Paris Saint-Germain's French forward Kylian Mbappe controls the ball during the French L1 football match between Paris-Saint Germain (PSG) and AS Monaco at The Parc des Princes Stadium in Paris on August 28, 2022. (Photo by Franck Fife/AFP via Getty

The defending champions — and no team has retained its World Cup title since Brazil in 1962. Still the country with the most depth to its squad.

France is in Group D:

*All kickoff times are in EST.