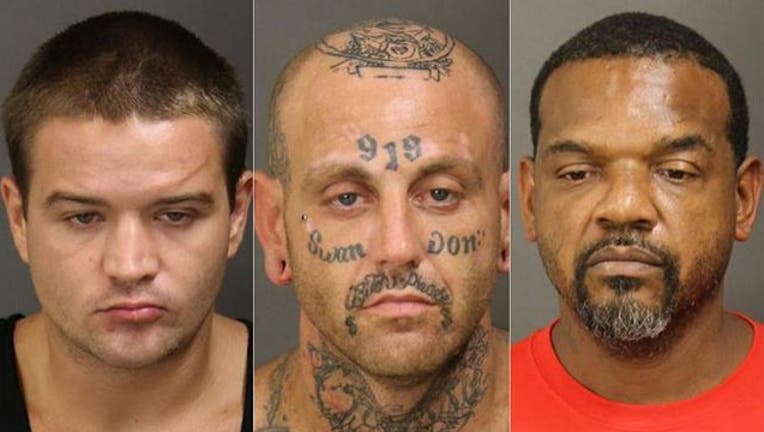 FOX NEWS - A fatal shooting at a Texas motel six days ago has led to the arrest of three men on capital murder charges, police said Friday.

Baytown Police said Emilio Aguilar, 29, was the victim of a robbery when he was killed Aug 24.

"Over the past several days, homicide detectives have been working tirelessly to identify, locate and apprehend those responsible for the death of Mr. Aguilar and bring them to justice," Lt. Steven Dorris said in a news release.

The plan to rob Aguilar was hatched by Carr and Angela Strokos, 32, police said. She was jailed on unrelated drug charges, KHOU-TV reported.

They decided to rob Aguilar because they believed he was in possession of a large amount of money and contacted Martin and Maze, who agreed to take part, Dorris said.

He said Martin was the person who fired the bullet that struck Aguilar in the face, killing him.