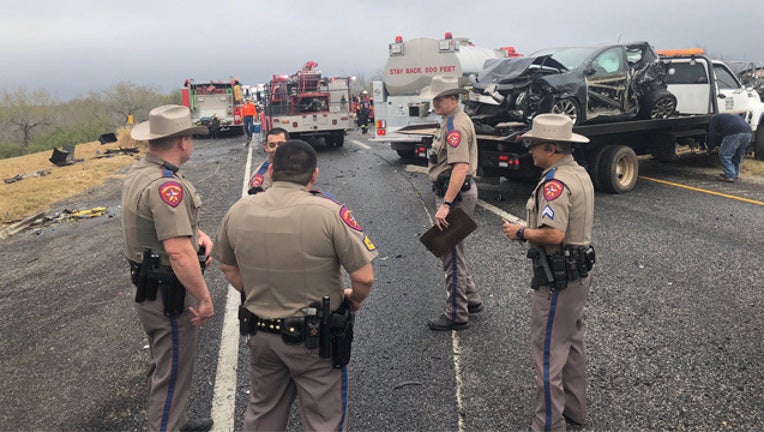 SAN ANTONIO, Texas (AP) - Authorities say 30 to 40 vehicles were involved in a string of wrecks in heavy fog along an about 2-mile stretch of Interstate 37 in rural South Texas.

Texas Department of Public Safety Lt. Jason Reyes said no one was killed in the accidents Wednesday morning in Atascosa County near the community of Campbellton, about 50 miles south of San Antonio. He says two people were taken to hospitals with injuries that weren't life-threatening.

Authorities first got a call about a crash at about 7:15 a.m. Reyes says, "As our units were responding multiple calls came in regarding additional crashes."

Reyes says it wasn't one simultaneous crash but several, including one in which some vehicles caught fire. A section of interstate was closed after the wrecks. Northbound lanes reopened by afternoon.