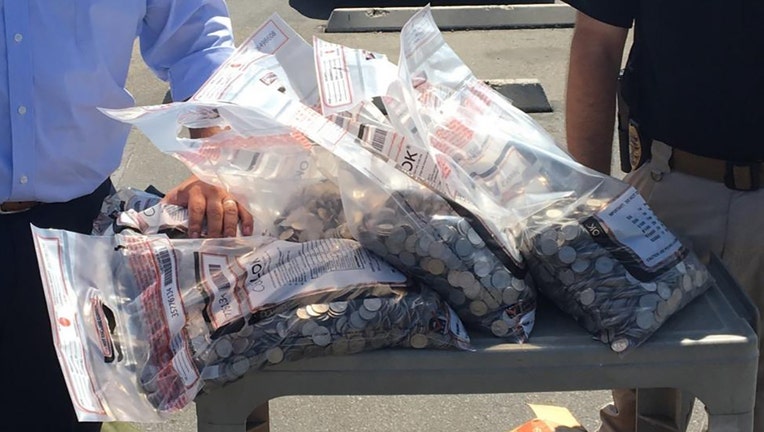 BAKERSFIELD, Calif. - Authorities say a woman stole $6,000 worth of quarters and her getaway car was a baby stroller.

Bakersfield police officers noticed the woman Friday struggling to push the stroller but quickly realized there was no baby inside, according to the Bakersfield Californian.

Police discovered the quarters, which 29-year-old Darrin Fritz is alleged to have stolen from a home, the newspaper reported. Fritz allegedly tried to flee from the officers.

It was not immediately clear if Fritz had an attorney who could speak on her behalf.