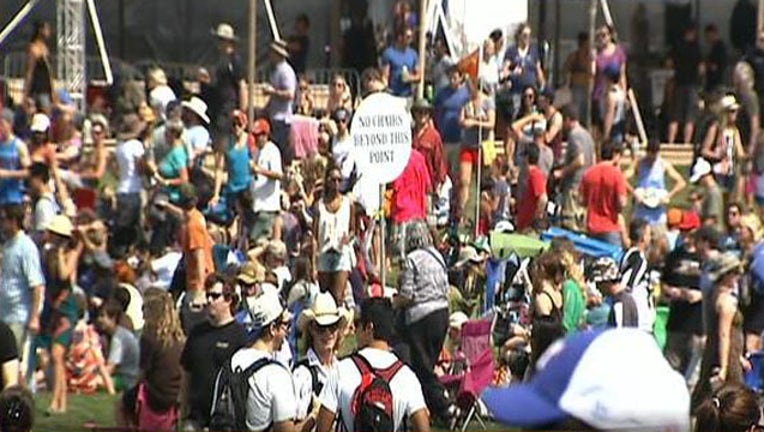 AUSTIN, Texas - If you plan to attend the Austin City Limits Music Festival this year, leave the selfie stick at home.

ACL is one of many major music festivals across the country banning selfie sticks. On the official ACL website, the selfie stick is on the list of prohibited items.

Selfie sticks have become a popular but polemical photo-taking tool: Avid picture takers like snapping their own shots in front of monuments and sunsets, but critics dismiss them as obnoxious and potentially dangerous to others around them.

Coachella in Indio, California and Lollapalooza in Chicago, Illinois are among dozens of popular events and landmarks taking a stand against the sticks.

In Europe, the Palace of Versailles outside Paris, Britain's National Gallery in London and the Colosseum in Rome have all banned selfie sticks, saying they need to protect exhibits on display and ensure the safety of visitors.

"They will be turned away and we'll probably make fun of you," Ultra said on its Twitter account early this month.

Some concertgoers welcomed the decision, saying the sticks get in the way of seeing the stage and enjoying the concert.