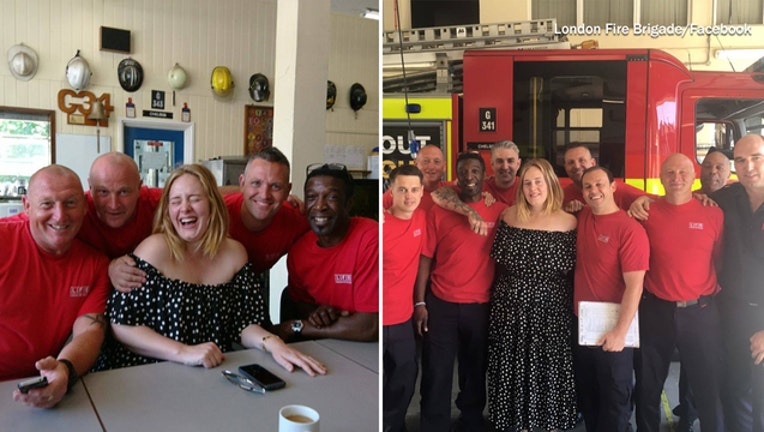 The London Fire Brigade posted photos with the superstar to its Facebook page, thanking her for stopping by.

“She just turned up at the station and knocked on the window and said she has some cakes for us,” the Facebook post read, quoting Chelsea Fire Station Manager Ben King. "So we opened the door to her and then she took her sunglasses off and said, ‘Hi, I’m Adele.’ Everyone was so shocked.”

The London native had a cup of tea with the firefighters and joined them for a minute of silence.

Officials said 79 people were presumed to be dead in the Grenfell Tower.

"We have had so much support from the local community and we cannot thank everyone enough,” King said.

The London Fire Brigade urged those who could give money to please donate to The Firefighter’s Charity, which helps firefighters who have been injured, fallen ill or in need of psychological support. To learn how to donate, click here.