LOS ANGELES - All hands were on deck for lineman and volunteers ready to assist in cleanup and rescue efforts ahead of Hurricane Laura, a major Category 4 storm that made landfall on the Louisiana and Texas border early Thursday morning.

Just like during Hurricane Harvey, hundreds of volunteers, from linemen to boat crews to chainsaw crews, were assisting local governments and first responders to prepare to provide relief in the wake of the hurricane’s destruction.

Cajun Navy Relief posted on social media, “Please keep all of our volunteers in your thoughts and prayers. Our boaters as they begin to embark on this trying path. Leaving their families to come and help others all while risking their own lives. Our dispatchers and volunteers whom answer those panicked calls for help. As well as everyone that is in the path of this hurricane.”

According to WWL Radio, founder of Cajun Navy Relief Colleen Udell said the group’s response to Hurricane Laura is going to be a little different, as some COVID-19 mitigation efforts will be integrated into their operations.

“We are continuing to take all precautions to ensure their health and well being as we conduct these critical rescues,” said Udell.

Linemen from across the nation were also coming together to help assist in cleanup and to restore potential widespread power outages safely and quickly. 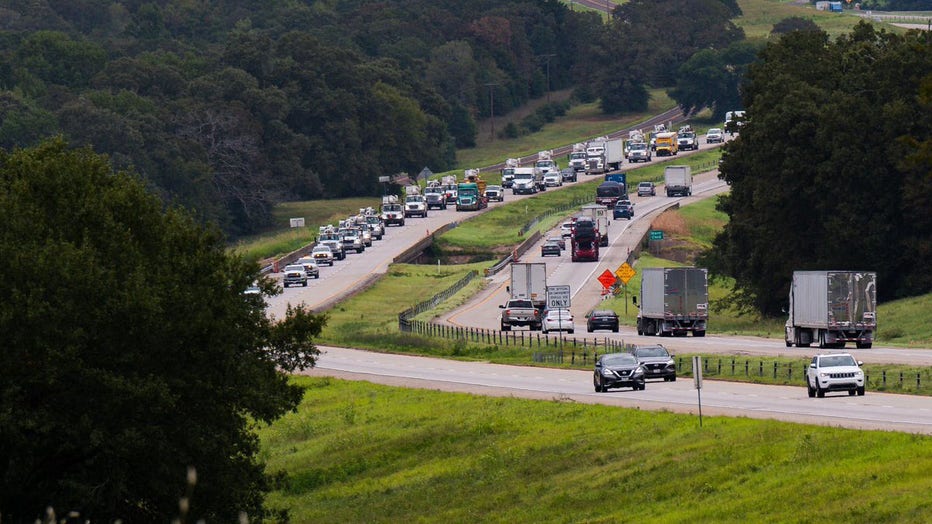 According to Columbus, Ohio news outlet WTTE, a group of AEP Ohio linemen and tree cutters were gearing up to help in the beleaguered region.

More than 400 workers are volunteering to assist to restore power to the region after Hurricane Laura passes through the area, WTTE reported.

Centerpoint Energy, an electrical and gas company, expects to be busy with power outages and downed power lines from the storm.

"One thing to keep in mind is maybe to unplug some of those expensive larger appliances. Just in case there is a power surge when the power does come back on," said Olivia Ross, a spokesperson with CenterPoint Energy.

As of Wednesday night around 12:30 CDT, there were nearly 70,000 households without power in Louisiana and over 13,500 in Texas, according to poweroutage.us.

Hurricane Laura continued to rapidly intensify as the storm approached landfall along the Texas and Louisiana border Wednesday night. Laura made landfall early Thursday morning CT as a Category 4 hurricane with maximum sustained winds of 150 mph.

Laura, an extremely dangerous storm, has raised fears of a 20-foot storm surge that forecasters said would be “unsurvivable” and capable of inundating entire communities.

The storm grew nearly 70% in power in just 24 hours to a size the National Hurricane Center called “extremely dangerous.”

Rainfall amounts between 6-10 inches will be possible with the system, with potential localized rainfall totals around 10-15 inches.

Showers are likely to persist through the weekend, as the system weakens and moves across the United States. Models predict it will move back into the Atlantic Ocean off the East coast.

Drawing energy from the warm Gulf of Mexico waters, the system began to lash the coast of Louisiana near midnight CDT as the most powerful hurricane to strike the U.S. so far this year.