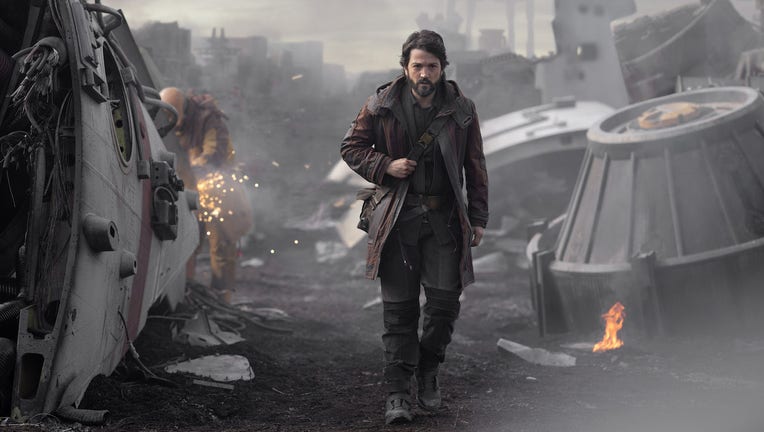 Chicago - For a decades-spanning franchise about the burdens of living under fascism, "Star Wars" has never spent much time exploring what it’s like to actually live under fascism. In the most literal way possible, the Empire and the First Order provide a very theme park take on villainy — the better to befit the classic "Star Wars" hero’s journey storytelling.

That all changes with "Andor," the new 12-episode Disney+ series that maintains the tactile aesthetics of "The Force Awakens" and "The Mandalorian," but moves "Star Wars" beyond its signature black and white morality into murkier daily realities. Darker, grounded, more complex and more character-driven than your average "Star Wars" property, "Andor" is a decidedly new take on that classic galaxy far, far away. And while its slow-burn approach takes some getting used to, its rewards are worth the wait.

About "Andor": The birth of a rebel (and a rebellion)

Plotwise, it’s not all that important to know that "Andor" is a prequel to "Rogue One" — the 2016 film that first introduced the titular Cassian Andor (Diego Luna) as a grizzled veteran of the Rebel Alliance. What’s more important is where the series sits in the "Star Wars" timeline. It takes place roughly five years before the events of "A New Hope," when Luke, Leia, Han and their fellow rebels first started to turn the tides against the Galactic Empire. 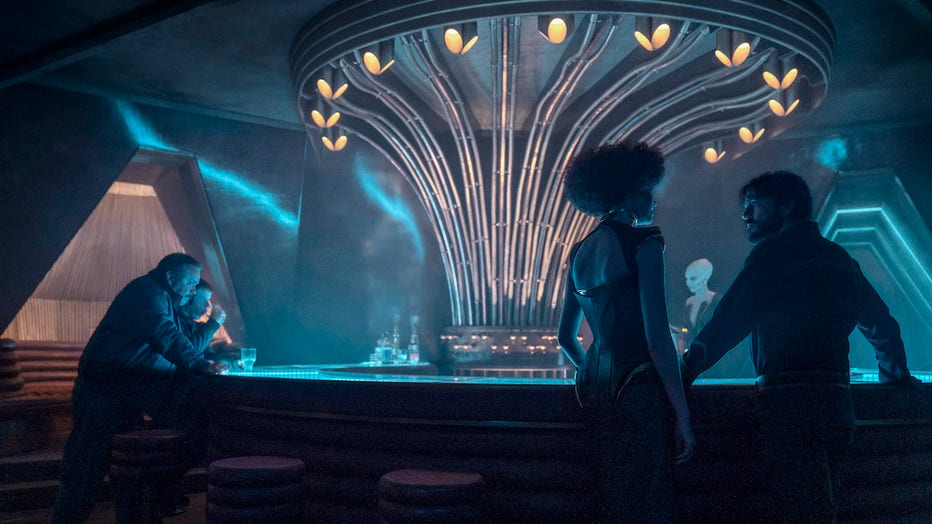 WATCH FREE ON TUBI: Diego Luna lends his voice to "The Book of Life" — get the app

In the time of "Andor," however, the Empire is a fact of life and the rebellion is still in its nascent years — more a fractured web of political operatives and guerrilla fighters than a cohesive alliance. When we first meet Cassian, he’s an everyday hustler trying to carve out a living on Ferrix, a working-class planet full of miners and junk scrappers. He crosses paths with the Empire via a chance encounter with two security contractors that goes horribly wrong. And the series’ three-episode premiere charts how a freak accident slowly spirals out of control until Cassian eventually finds himself reluctantly roped into a galactic conflict that’s far bigger than anything he imagined — or anything he asked for.

A "Rogue One" redo

In that way, Cassian is not all that dissimilar to Jyn Erso (Felicity Jones), the reluctant criminal-turned-rebel at the heart of "Rogue One." Indeed, "Andor" sometimes feels like creator Tony Gilroy’s chance to do a second, more expansive draft of "Rogue One," which he was brought on to re-write and essentially co-direct during a famously extensive reshoot process. 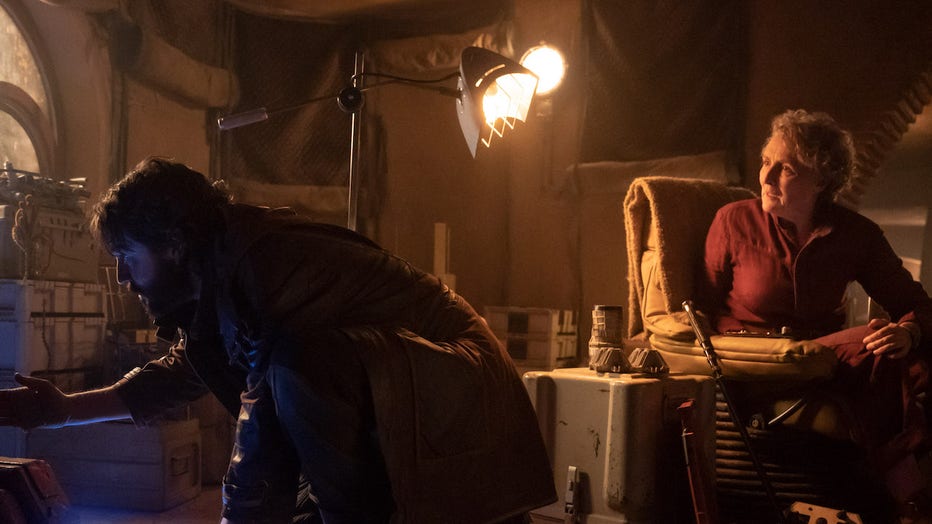 Working from the ground up this time, Gilroy is able to craft an ensemble series with even more nuanced themes. In the first four episodes screened for critics, "Andor" tackles issues of class solidarity, fascist collaboration, colonialism and the bureaucratic banalities of evil. It’s no small thing that Gilroy has produced a proudly pro-working class, anti-cop "Star Wars" series. But, above all, he’s interested in why people do the things they do. Thus "Andor" takes the time to explore the relatable human insecurities driving an ambitious Imperial officer or the selfish motivations of a reluctant rebel ally. No one on "Andor" is ever just one thing, and the series is all the stronger for it.

WATCH FREE ON TUBI: Tony Gilroy writes and directs "The Bourne Legacy" — get the app

The trade-off for all that thematic nuance is a new kind of pacing for the "Star Wars" universe. The 12-episode series is divided into four "blocks" of episodes that work together to form their own sort of miniseries within the series. (A second/final season will follow the same structure.) Thus, the set-up introduced in episode one isn’t really paid off until episode three, which can leave the earlier installments feeling a touch underbaked. Still, if the show’s exhilarating third installment is any indication, the payoffs will be well worth the wait.

Watch "Andor" for: A new kind of "Star Wars" 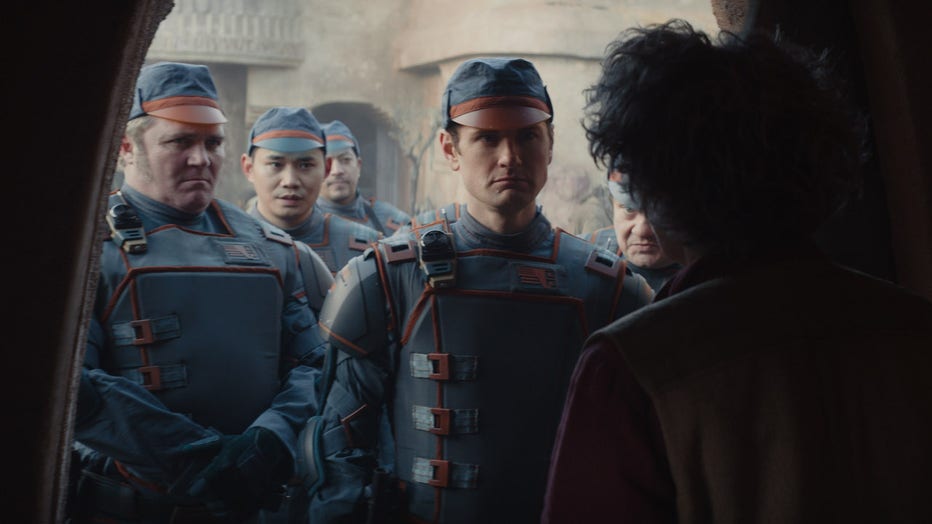 The slower pacing is also buoyed by gorgeous location shooting and uniformly great performances. The always captivating Luna slips back into the role of Cassian like a second skin — all inner turmoil buried under a broodingly charming exterior. And Gilroy and his ensemble have a special knack for characterizing new players with just a few lines of dialogue. When officious security officer Syril (a standout Kyle Soller) modestly admits he’s had his workplace uniform personally tailored, we know everything we need to know about his overzealous dedication to his mid-level job.

Indeed, if the main "Star Wars" trilogies are about the biggest players in the Skywalker saga, "Andor" is interested in the mid-level operatives; the everyday people who still have a major impact on intergalactic events, even if their names don’t make it into the history books (a quality it shares with "Rogue One"). There’s not a Jedi in sight, and the biggest "name" character here is Mon Mothma (Genevieve O'Reilly), the future Rebel Alliance leader who gets her own parallel arc alongside Cassian's political awakening. ("Many Bothans died to bring us this information," Mon Mothma famously intones in 1983’s "Return of the Jedi," where she's played by Caroline Blakiston.) Yet even Mon Mothma's story is a ground-level, slow-burner rooted in her daily realities as a politician in a fraught position. 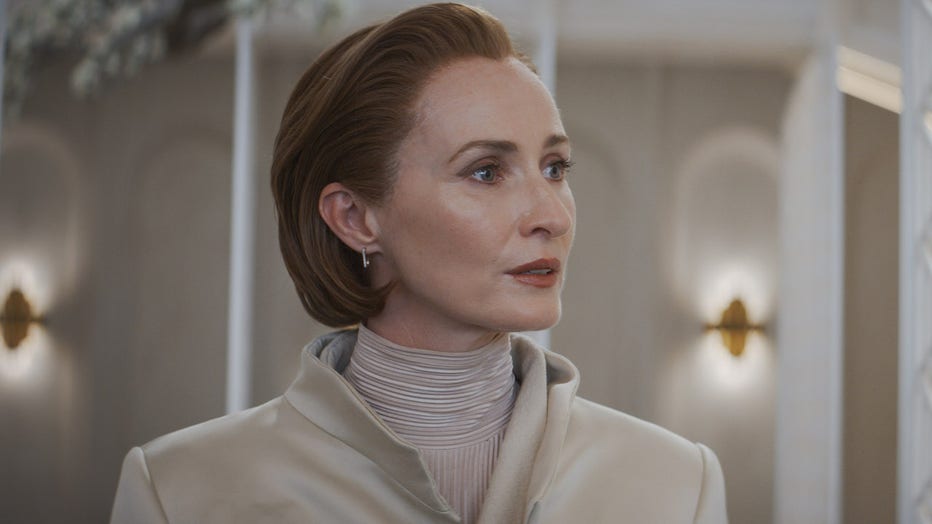 Indeed, as "Andor" follows its characters into the cluttered apartments, elegant Coruscant mansions and boring Imperial department meetings of their everyday lives, it often feels less like an action-adventure series than "Blade Runner" by way of "Casablanca." And while it loses the playful sense of wonder of a classic "Star Wars" story, it evokes awe of a different kind. In a universe built around dark and light, "Andor" dares to paint in shades of gray.

Binge while you wait: "Firefly," streaming free on Tubi

Firefly (2002): Need a cult classic sci-fi series you can cross off your list in just 14 episodes? Then look no further than "Firefly," Joss Whedon’s space western follow-up to "Buffy the Vampire Slayer." Though "Firefly" was cancelled after just one season, its impact still looms large in the sci-fi canon. (It even got a big-screen continuation five years later.) Set aboard the spaceship Serenity, "Firefly" combines the gritty tangibility of the "Star Wars" universe with the sweet workplace family dynamics of "Star Trek," all filtered through Whedon’s unique comedic voice. So pour yourself a glass of Mudder's Milk and enjoy. Rated TV-14. One season, 14 episodes. Featuring: Nathan Fillion, Gina Torres, Alan Tudyk, Morena Baccarin, Adam Baldwin, Jewel Staite, Sean Maher, Summer Glau.

"Firefly" is streaming free on Tubi — get the app

How to watch "Andor"

"Andor" launches with a three-episode premiere on Disney+ on Sept. 21. New episodes arrive weekly through Nov. 23.