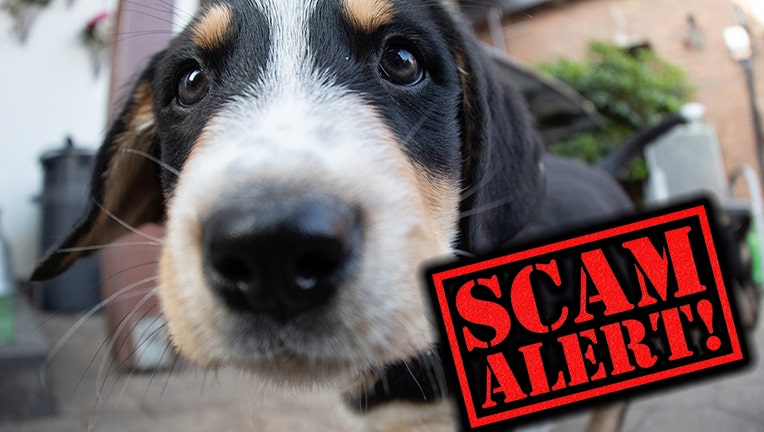 LAKE COUNTY, Fla. - Pet owners who are looking for their lost pets should be extra cautious as a scam is going around.

According to the Lake County Animal Shelter, a scam is going around regarding lost posts.

A pet scam is going around where people claim to have found lost pets, then ask people to pay up without actually having found the pet.

They said that the scammer contacts pet owners who have posted on social media or national databases about their lost or missing pets. The scammer then claims to have found the pet and asks for a gift card in exchange for the return of the pet. However, the scammer does not have the pet and is most likely not even local.

Marc Ronco of Howey-in-the-Hills said he was targeted by the scheme after his dog, Daisy, disappeared from his yard Friday night.

"This person that texted me and said, 'I found your dog. I have your dog and I found her in Griffin Park,' which is the park that's in Howey,” Ronco said.

Ronco said the texter refused to meet him though and would only send a link to a picture of a Maltese that clearly was not Daisy.

He said the person demanded a reward for ‘finding’ the animal, but said payment must be made in gift cards.

As he was texting with the person, Ronco arrived at the Lake County Animal Shelter to check for his dog there, and shelter staff, like Ronco, were immediately not buying the claims of the texter.

"I called the first number and said, 'Hey, this is the Lake County Animal Shelter and I'm calling about a pet you recently found,'” said shelter director Whitney Boylston. “They said, 'Yes?' and I said, 'Well, have you recently found a pet?' Click, hung up on me.”

“Praying on them in this very desperate time in their lives, it's inexcusable,” she said.

The shelter is urging those with lost pets to be careful and cautious. If you have lost a pet, please email the Lake County government at lostandfoundpets@lakecountyfl.gov so they can create a lost pet report for you.

You can also check petharbor.com regularly or visit the shelter in person.