AUSTIN, Texas - The Austin Police Department is asking for the public's help in finding one of four men charged in the 2019 assault of a same-sex couple in Downtown Austin.

23-year-old Frank Macias has two outstanding warrants for aggravated assault with a deadly weapon in connection with the January 2019 assault. He has failed to appear in court, according to APD. 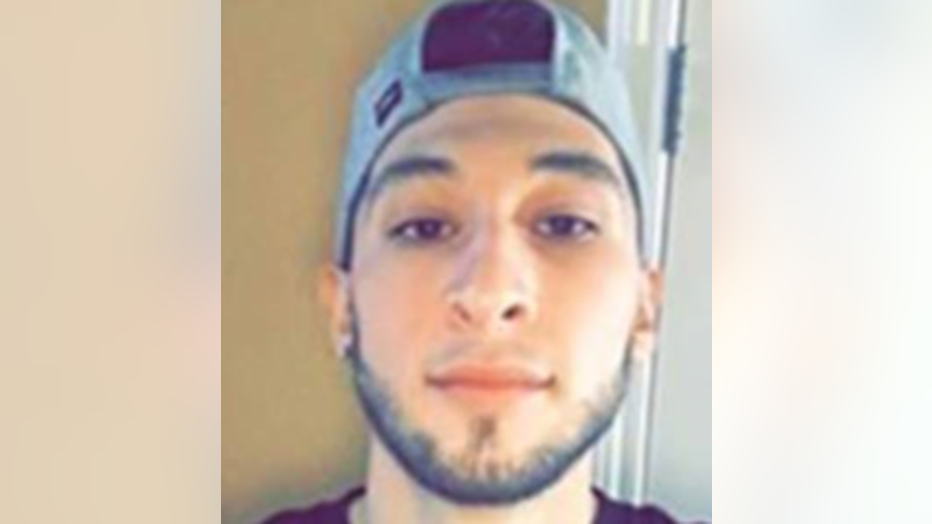 23-year-old Frank Macias has two outstanding warrants for aggravated assault with a deadly weapon in connection with the January 2019 assault. (Austin Police Department)

On January 19, 2019, APD responded to a report of two injured men at the corner of W. 3rd Street and Congress Avenue around 2:30 a.m. The pair were transported to an area hospital for treatment of their wounds and a witness described a verbal-turned-physical confrontation between the two men and a group of four other men. The incident is being investigated as a hate crime.

APD says Macias has recently made threatening comments on social media about law enforcement and the Office of the District Attorney and is considered dangerous.

An Austin couple said they are lucky to be alive after they were violently attacked in downtown.

Anyone with information about his whereabouts is asked to contact Capital Area Crime Stoppers. Individuals can submit a tip online, utilize the Crime Stoppers App or call the tip line at 512-472-TIPS (8477). Tipsters are welcome to remain anonymous.

Information leading to the arrest of Frank Macias may be eligible for a cash reward of up to $1,000.