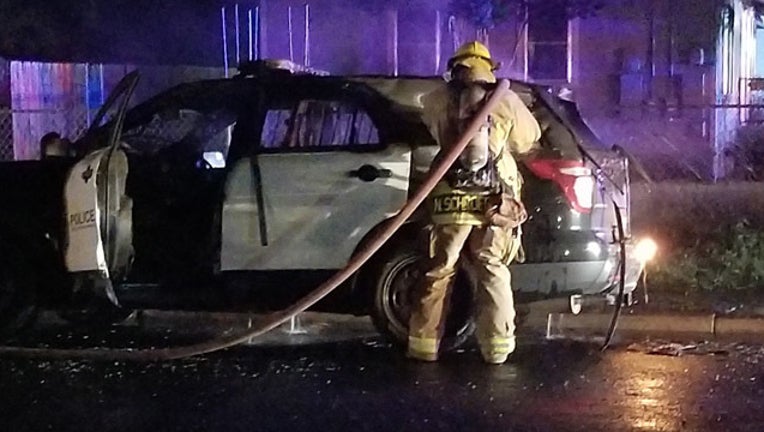 The police officer was treated for minor injuries by paramedics with ATCEMS.

According to the Austin Fire Department, the incident happened after 9 p.m. on Thursday, June 7, 2018 at the corner of Govalle Avenue and Tillery Street. It appeared the fire had started in the cargo area of the vehicle. AFD stated in a tweet that the fire was either caused or exacerbated by road flares.

The fire has since been extinguished.

An investigation is currently underway into what caused the fire.