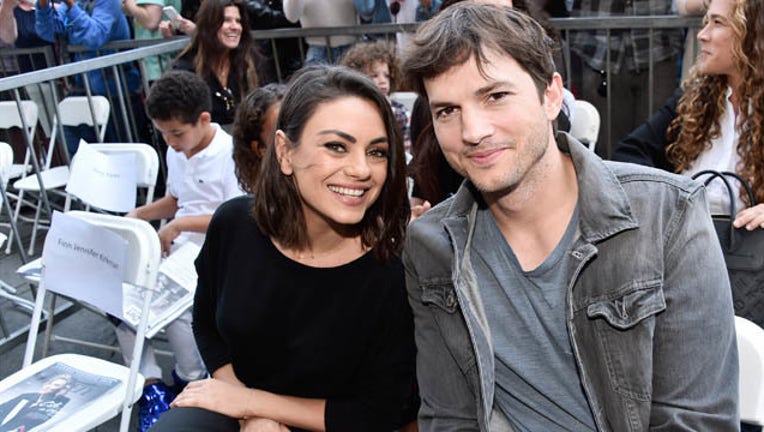 Actors Mila Kunis (L) and Ashton Kutcher at the Zoe Saldana Walk Of Fame Star Ceremony on May 3, 2018 in Hollywood, California. (Photo by Alberto E. Rodriguez/Getty Images for Disney)

Ashton Kutcher revealed how the mass shooting at the Borderline bar in Thousand Oaks, California on Thursday personally affected him.

The former "That's 70's Show" actor, who is married to actress Mila Kunis, explained on Twitter how he was impacted by the shooting, which took the lives of at least 12 people. "My wife threw me a birthday party this year at the Borderline,” Kutcher wore in a tweet. "Only reason we are alive is the shooter chose a different night. My heart goes out to the victims."

The actor also tweeted about advocating for stricter gun laws. He wrote, "I’ll say it again… Gun Reform now! Politicians need to stop standing behind the dollar and Protect the people!”

But Kutcher didn't stop there. In a separate tweet, the 40-year-old went on to tag Ivanka Trump telling her that her brother-in-law attended Kutcher's party.