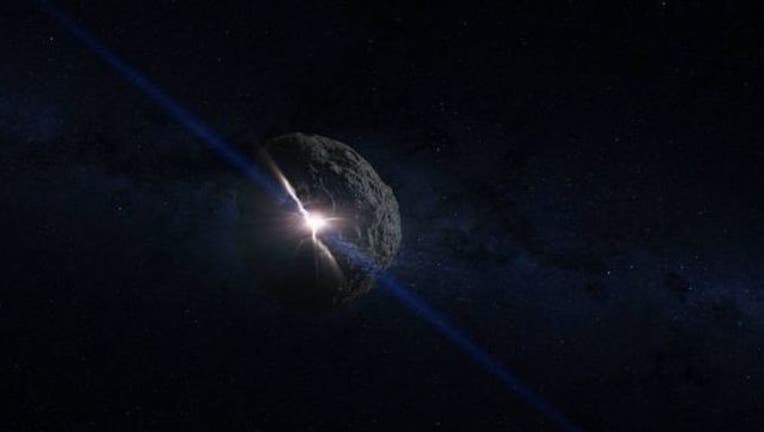 The space rock was discovered in 1999 and is likely to blast in between the Earth and the moon in 2135 - a little too close for comfort.

But on a return trip later in the century, it is estimated the asteroid known as 101955 Bennu could actually strike our planet.

Dante Lauretta, the NASA expert in charge of a new mission to analyse the asteroid, said: "That 2135 fly-by is going to tweak Bennu's orbit, potentially putting it on course for the Earth later that century."

More on this story on Sky News.