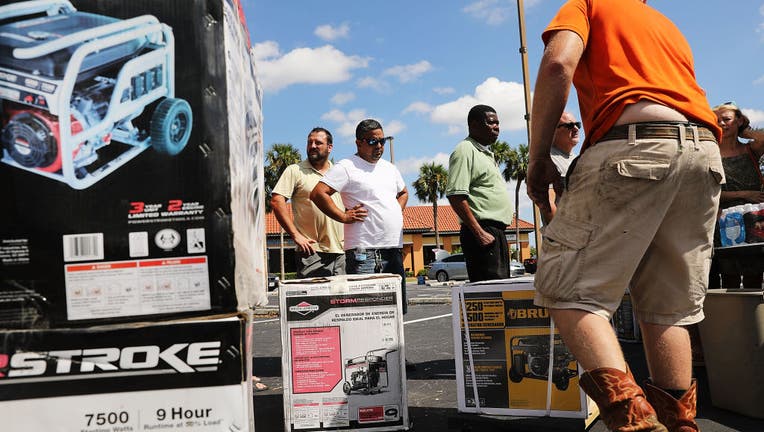 FILE: People wait in line for generators three days after Hurricane Irma swept through the area on September 13, 2017 in Naples, Florida. Hurricane Irma made another landfall near Naples after inundating the Florida Keys. Electricity was out in much

According to Jefferson County Sheriff's Office, it's believed the deaths are due to improper use of a generator.

Port Arthur emergency personnel responded to a report of possible carbon monoxide poisoning a business in the 700 block of 9th Ave.

They found six people poisoned. Three were found dead at the scene.  Three others are in critical condition getting treatment at a local hospital.

In a Facebook post, JCSO reported that have been several incidents in Jefferson County where citizens have become overwhelmed by CO poisoning.

Many people began relying on generators due to the rolling power outages in southeast Texas.

The most common symptoms of CO poisoning are headache, dizziness, weakness, upset stomach, vomiting, chest pain, and confusion. CO symptoms are often described as “flu-like.” If you breathe in a lot of CO, it can make you pass out or kill you.