Deputy stomps on 12-year-old during arrest in Louisiana

A sheriff’s deputy was seen stomping on a 12-year-old boy during an arrest after pulling him over on a dirt bike in Belle Chasse in Plaquemines Parish, Louisiana, on February 19. (Credit: Thompson Justice Institute via Storyful)

BELLE CHASSE, La. - An attorney for a 12-year-old boy has released a video that, he says, supports the claim that his client was stomped on by a sheriff's deputy in Louisiana.

Ryan K. Thompson of the Thompson Justice Institute said the video was taken February 19 as deputies were arresting the unidentified boy after pulling him over on a dirt bike in Belle Chasse in Plaquemines Parish.

The footage was captured by a dashboard camera in a Plaquemines Parish Sheriff’s Office (PPSO) vehicle.

Thompson added the boy was riding his bike with friends and family before he was stopped for alleged traffic violations. The boy had pulled over to the side of the road and turned off his engine before deputies approached him, according to the attorney.

The sheriff’s office, however, released a statement on Facebook saying that deputies were involved in a chase with several all-terrain vehicles, including the dirt bike the boy was operating.

Authorities said the riders were operating in a reckless manner without functioning headlights in a busy area. When deputies tried to approach them, the riders took off and a chase ensued. 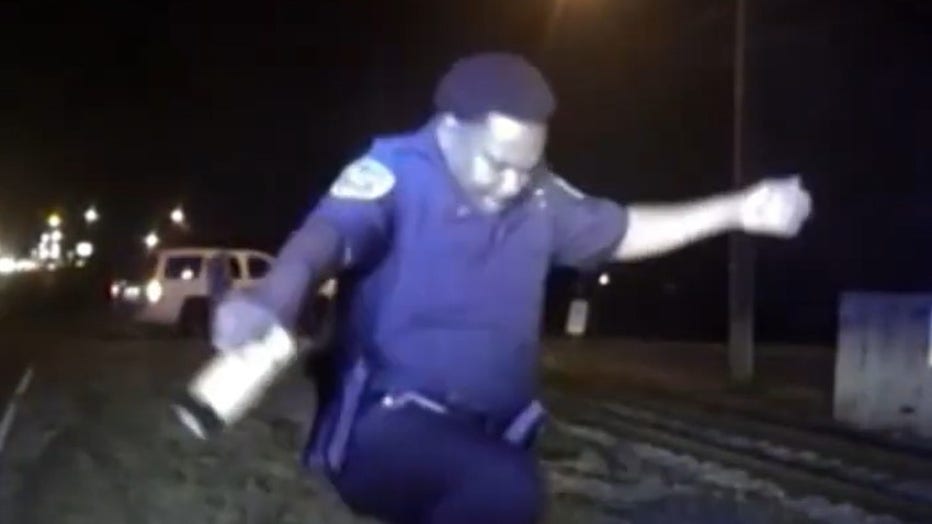 One rider — 20-year-old Jaiques Wilson — ended up crashing and was arrested, according to deputies. He was sentenced to probation on three felony charges: aggravated obstruction of a highway, aggravated criminal damage and aggravated flight from an officer.

With regards to the 12-year-old, deputies said he "refused reasonable demands to get off of the dirt bike which led to him physically struggling with deputies while avoiding attempts to be handcuffed."

"Deputies proceeded to use necessary force to effect the arrest," the statement continued.

The boy was charged with two felonies and two misdemeanors including resisting arrest and traffic violations.

Deputies went on to point out that the boy did not complain of any injuries when he was released to his family and did not make any complaints to the sheriff until he and his family hired a lawyer.

The boy’s family is calling for the deputy to be fired and an investigation to be launched.  The sheriff’s office said they have cleared the involved deputies.

"PPSO has reviewed all the actions of the deputies that responded to the February 19th incident and determined all deputies performed their duties within the guidelines of the PPSO policy, using only the force necessary to subdue the suspects," the Facebook post continued.

This story was reported from Los Angeles. Storyful contributed.