AUSTIN, Texas - Austin FC is returning to Q2 Stadium for its second season.

Preseason will kick off with a game against USL Championship's Louisville FC at the St. David's Performance Center on Jan. 30.

The Club is scheduled to play five preseason games, according to Austin FC Communications. They will play one game in Houston, and the other four in Austin- three at St. David's Performance Center and one at Q2 Stadium.

The Verde & Black's preseason game taking place at Q2 Stadium will be the only one open to the public. Austin will host Atlas FC on Feb. 16 at 8 p.m. Season ticket members should have already received tickets to this match, according to Austin FC Communications. Non-season ticket members can purchase tickets here.

In Austin FC's first season in the MLS, the Verde & Black finished second to last, No. 12, in the Western Conference with a 9-21-4 overall record. Looking to finish better this season, the Club has made some notable roster additions.

The New Jersey native started in 13 of 22 appearances for Austin last season. Stroud scored one goal and recorded four assists. The midfielder also showed substantial improvement in 2021, increasing his pass percentage from 68.5 when he was with the New York Red Bulls, to 76.2 with Austin.

Austin also gained an MLS All-Star and veteran, Ethan Finlay. The midfielder agreed to a two-year deal with the Verde & Black. Finlay has appeared in 245 MLS matches and brings a decade of experience with him to Austin.

A veteran striker with nine years of MLS experience is also joining the Verde & Black- Maximiliano "Maxi" Urruti. According to Austin FC Communications, Urruti has made 238 MLS match appearances, recording 60 goals and 37 assists. 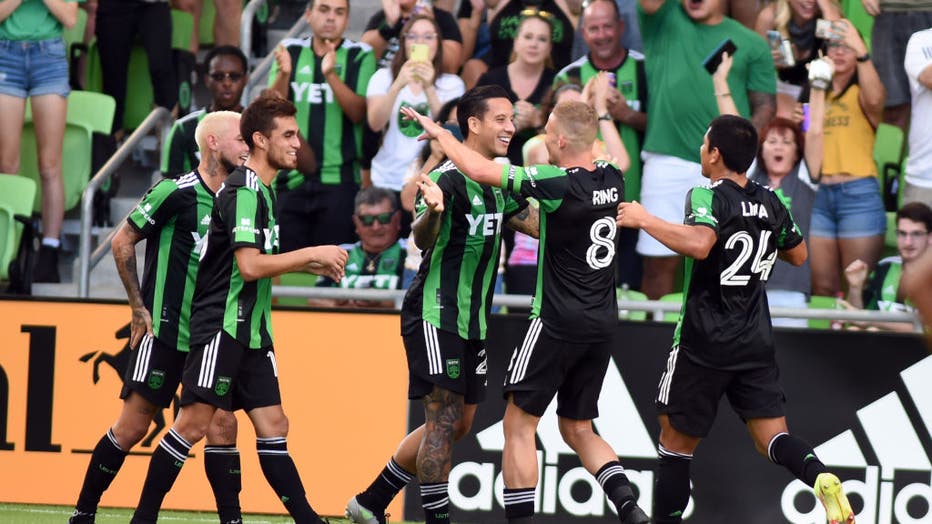 Austin FC re-signed Club Captain Alex Ring to a new, multi-year agreement, including guaranteed years in 2022 and 2023. In Ring's 31 appearances last season, he recorded four goals and three assists, with an 86.2 pass percentage.

Keller will be added to Austin's supplemental roster.

Austin FC went out to hit some golf balls to take a break from training and share some team bonding and fun.