AUSTIN, Texas - The Austin Police Department Robbery Unit is asking the public for help identifying three suspects involved in an aggravated robbery that happened on October 29.

Police say the three suspects entered the Mi Pueblito convenience store at 1610 Ohlen Road at around 8 p.m. and held the store manager and another employee at gunpoint while demanding money from the register.

The store manager and employee were not hurt. The three suspects fled the store and headed northbound on foot.

The suspects are described as follows. 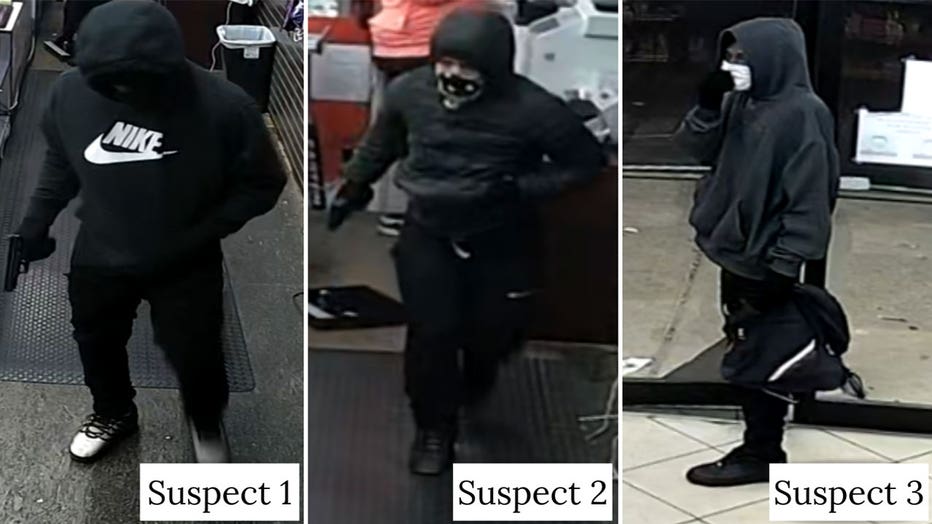