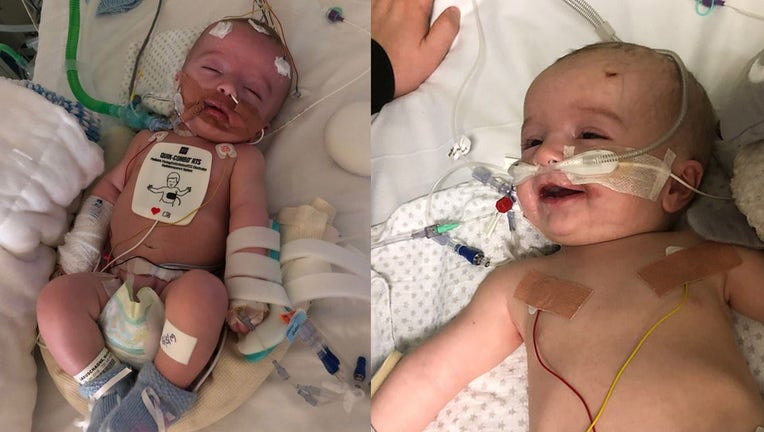 BRISTOL, United Kingdom - A 10-month-old baby in the United Kingdom defied the odds against him by waking up from a 5-day coma and smiling ear to ear after doctors said he may never do that again.

Michael's parents, Stuart and Emma Labuschagne, were prepared for the worst when the adorable baby boy suffered heart failure at just 14 weeks old. He was rushed to the hospital on March 16 gasping for air.

"Words cannot begin to describe the pain we felt in that moment," the parents wrote on a GoFundMe page. "We watched our baby breathless, gasping for air while his heart stopped and paramedics worked to save his life. In that moment I did not think Michael would make it through."

He made it through the out-of-hospital cardiac arrest, which reportedly only 7% patients survive, but Michael was in a coma. On March 21, after doctors had told the Labuschagne's that Michael may never regain consciousness, little Michael not only opened his eyes, but he layed a big, toothless smile on his father who was at his bedside. 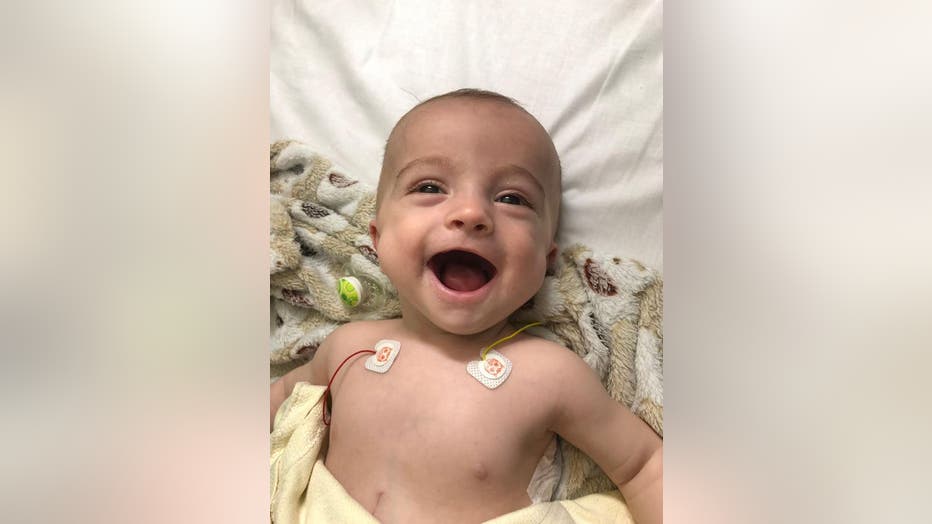 Thankful that their baby boy was alive, the family found out his cardiac arrest was caused by a rare heart tumour known as cardiac fibroma. Fibromas are often associated with arrhythmia and ventricular tachycardia, which is when the heart beats faster than normal. They can also reportedly cause hemodynamic compromise and congestive heart failure.

"He currently has an internal pacemaker and defibrillator, but this has caused physical development delay and is currently at max threshold, which means it is not working as effectively as it should," the family wrote.

They are now raising money for his surgery at Boston Children's Hospital through a GoFundMe page.

"The dream is to get him to Boston as soon as we can. Every day we worry if it will be our last with Michael. Please help us to get his tumour removed ❤️❤️❤️."