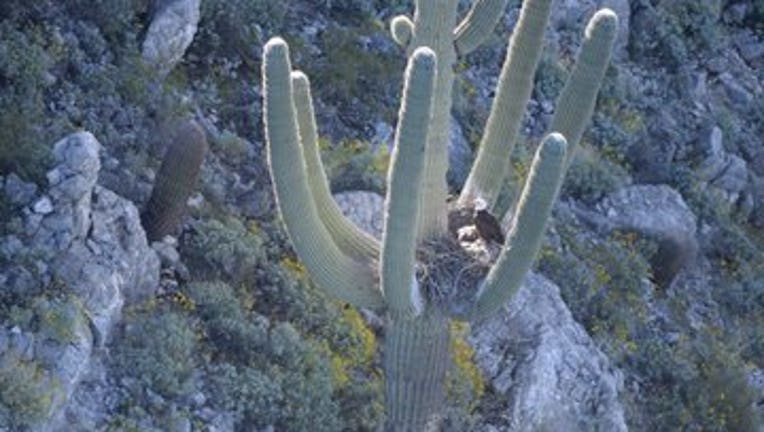 PHOENIX - For the first time in decades, bald eagles have been found nesting in an Arizona saguaro cactus.

The Arizona Game and Fish Department revealed Wednesday that biologists discovered a pair of eagles and their eaglets in the arms of a large saguaro during a recent eagle survey.

Kenneth “Tuk” Jacobson, the agency’s coordinator of raptor management, said the eagles are on a cactus near a central Arizona reservoir.

He called the find “amazing.”

Wildlife biologists have looked for decades for a sighting of bald eagles nesting in Arizona saguaro cacti. According to Jacobson, the last known mention of such a site was a 1937 record.

Kermit Lee of Lee’s Trading Post had mentioned large nests in saguaros along the Verde River that were believed to belong to bald eagles. However, there were no photographs or other documentation. 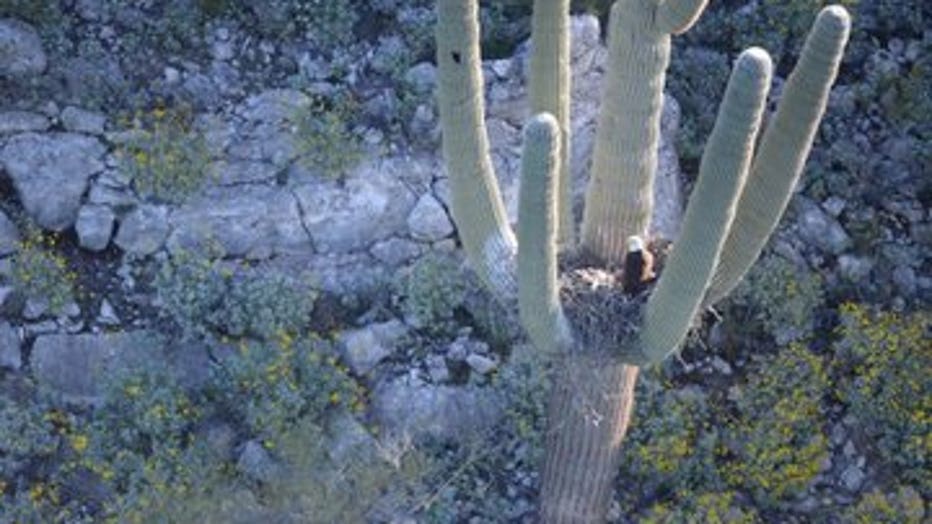