TAMPA, Fla. (FOX 13) - A pastor and his wife were left homeless after their house was robbed, and then burned to the ground. It is all happened while they were on Christmas vacation.

Oliver Bevins and his wife Sharon have lost nearly everything. Their clothes, furniture, appliances, electronics and family mementos were destroyed in the fire. To Oliver's surprise, his Bible was mostly unscathed. The edges of the pages were mostly burnt.

Bevin said he's just thankful no one was home when the house went up in flames.

Bevins got his first look at what's left of his home Sunday. It was nothing but charred wood, burned metal, broken glass and ash.

"It's just unbelievable," Bevins said. "How much destruction a fire like this can actually do."

Bevins was vacationing in Vermont when he got a call from his son Monday telling him their house in Brooksville had been broken into. Their safe was missing and their 2018 Dodge Challenger was stolen.

Bevins posted about the incident on Facebook, vowing to find the people responsible and boasting his surveillance system likely caught the criminals on camera.

Just two days later, a neighbor frantically called Bevins, alerting him his house was engulfed in flames. He worries the fire was all just an attempt to destroy evidence of the robbery that may have been captured on his cameras.

Bevins now trying his best to stay positive, leaning on his faith for strength to make it through. 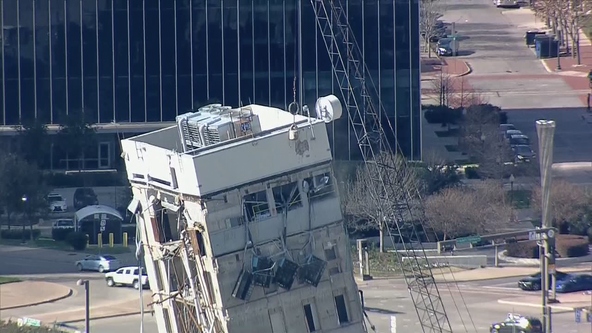