Germany said test showed that the Russian opposition leader was poisoned with the nerve agent Novichok, the same poison used in 2018 on a former Russian spy.

The Biden administration announced sanctions of Russian officials and businesses Tuesday for a nearly fatal nerve-agent attack upon opposition leader Alexei Navalny and his subsequent jailing.

Senior administration officials did not immediately identify the Russian officials targeted but said some of them had been on a list of prominent business and political figures Navalny had urged the West to sanction.

Some opposition figures and their supporters said the latest U.S. measures, restricting the U.S. travel and banking of some Russian government figures, didn't go far enough to get the attention of Russian President Vladimir Putin. Russia critic William Browder, a London-based investor, tweeted he feared U.S. sanctions would be "way too little and not touch Putin’s billionaire cronies." 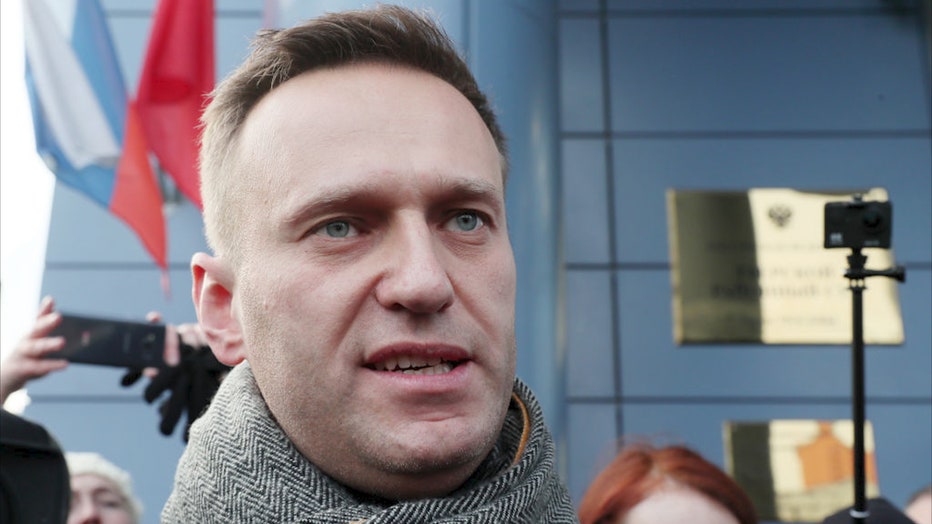 The Biden administration also announced sanctions under the U.S. Chemical and Biological Weapons Control and Warfare Elimination Act for 13 businesses and another enterprise, most of which it said were involved in the production of biological and chemical agents.

Tuesday's sanctions would be the first of several steps by the Biden administration to "respond to a number of destabilizing actions," said one of the administration officials, who briefed reporters on the condition they not be identified further.

The sanctions are the first against Russia by the Biden administration, which has pledged to confront Putin for alleged attacks on Russian opposition figures and any malign actions abroad, including the hacking of U.S. government agencies and U.S. businesses. President Donald Trump spoke admiringly of Putin and resisted criticism of Putin's government. That included dismissing U.S. intelligence findings that Russia had backed Trump in its covert campaign to interfere with the 2016 presidential election.

President Joe Biden is not seeking either a reset of relations with Russia or an escalation against it, the U.S. official said. Rather, the U.S. intends to "hold Russia to account for its actions. It is also committed to working with Russia in areas that advance its interests."

The Biden administration coordinated the sanctions with the European Union, which already had imposed sanctions against a small number of Russian officials in Navalny's case. 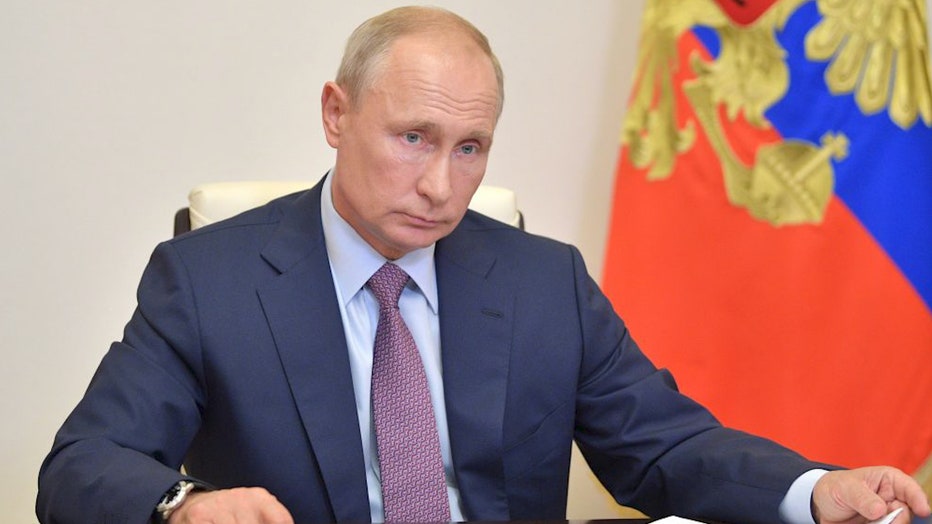 Some rights groups previously faulted the EU for not targeting the most important Russian officials allegedly involved. The European bloc announced new sanctions Tuesday targeting high-ranking Russian officials over the attack and prosecution of Navalny, Putin’s most high-profile political foe.

The 27-nation bloc imposed bans on travel and froze the assets in Europe of Alexander Bastrykin, head of the federal Investigative Committee; Igor Krasnov, the prosecutor general; Viktor Zolotov, head of the National Guard; and Alexander Kalashnikov, head of the Federal Prison Service.

The Biden administration had forecast for weeks actions against Russia. Besides the Navalny sanctions, officials have said the administration plans to respond soon to the massive Russian hack of federal government agencies and private corporations that laid bare vulnerabilities in the cyber supply chain and exposed potentially sensitive secrets to elite Kremlin spies.

Navalny, 44, was sickened by the Russian nerve agent in an attack that the United States and others linked to Putin’s security services. After months of recuperation in Germany, Navalny flew home to Moscow in January and was arrested upon arrival for an alleged parole violation.

His detention sparked street protests across Russia. Police arrested thousands of demonstrators. Authorities have transferred the opposition leader to a penal colony to begin serving a sentence, after what rights groups said was a show trial.

Navalny, long a target in Russian government attempts to shut down dissent, has repeatedly appealed to the West to start targeting the most powerful business and financial oligarchs of his country, saying only then would Russian leaders take international sanctions seriously.

Navalny, shortly before his latest arrest, gave supporters a list of eight big business and political figures he hoped the West would hit in new sanctions. The Biden administration official said some were among those in the new U.S. sanctions. The administration declined to immediately identify them. Further sanctions on other prominent Russians were possible, the official said.

The U.S. government has previously censured behavior by Russia that American officials saw as having violated international norms.

In 2016, for instance, the Obama administration responded to interference by the Kremlin in the presidential election by expelling dozens of Russian diplomats who officials said were actually spies and by shuttering two Russian compounds in Maryland and New York.

Trump's administration also took a handful of actions adverse to Moscow, including through the closure of Russian consulates on the West Coast and the suspension of a nuclear arms treaty.

Associated Press writers Eric Tucker in Washington and Lorne Cook in Brussels contributed to this report.