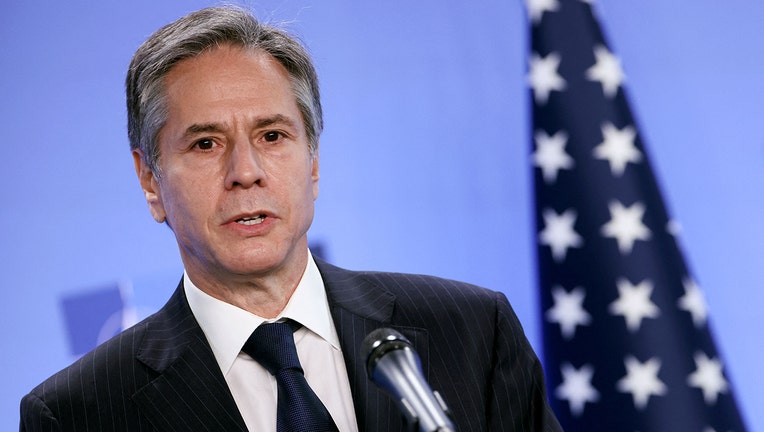 US Secretary of State Antony Blinken speaks during a press conference with transatlantic alliance NATO's chief on April 14, 2021 at NATO's headquarters in Brussels, as foreign ministers of the US, Britain, France and Germany hold talks today on Afgha

WASHINGTON - The State Department said Wednesday that Secretary of State Antony Blinken has tested positive for COVID-19 after attending the White House Correspondents' Dinner and related events over the weekend.

As Russian forces appear to be escalating preparations for an invasion, U.S. Secretary of State Antony Blinken spoke at the United Nations about the ongoing conflict along the Ukraine border.

Blinken tested negative Tuesday and again earlier Wednesday morning. Blinken has not met in person with President Joe Biden for "several days" and is not considered a close contact of the president.

He met earlier Wednesday at the State Department with the Swedish foreign minister. Blinken had been scheduled to give a speech Thursday about the Biden administration’s China policy, but Price said that speech has been postponed.

Price said Blinken would isolate at home and work virtually until the quarantine period is over.

He is the latest Biden administration figure to test positive. Vice President Kamala Harris was cleared to return to to the White House on Tuesday after testing positive last week.