Surveillance video taken at a vehicle storage business in Merced shows a man in a hoodie and a medical mask walking two brothers out of a portable and then going back inside to get the mother and the baby. The family was found dead two days later.

MERCED, Calif. - Surveillance video taken at a vehicle storage business in Merced shows a man in a hoodie walking two brothers out of a portable business office and then going back inside to get a mother and her baby.

There is no audio on the video, taken Monday at the family business, Gateway Parking, just south of Merced off South Highway 59.

But from the family's body language, all three adults walked out of the building calmly. No one is screaming, no one is crying. The men were zip-tied and their heads remained down. A dog is seen barking in the background. It appears as though the suspect, who covered his face in a medical mask, is holding a weapon in his right hand.

When asked about their outward demeanor on Thursday – one day after all four relatives' bodies were found in an orchard by a rancher – Merced County Sheriff Vern Warnke told Sacramento-station KCRA that it's possible that the suspect – Jesus Salgado, 48 – knew the family.

"There's always that possibility," Warnke said, not ruling anything out.

Those kidnaped were 8-month-old Aroohi Dheri, her parents Jasleen Kaur, 27, and Jasdeep Singh, 36; and her uncle Amandeep Singh, 39.

Salgado then put the family into the back of Amandeep Singh's Dodge Ram pickup truck and drove away. That truck was found Monday on fire.

All four family members were found dead on Wednesday about 5:30 p.m. in an orchard about nine miles north of Merced in a tragic mystery that is perplexing and worrying to community members and detectives alike. 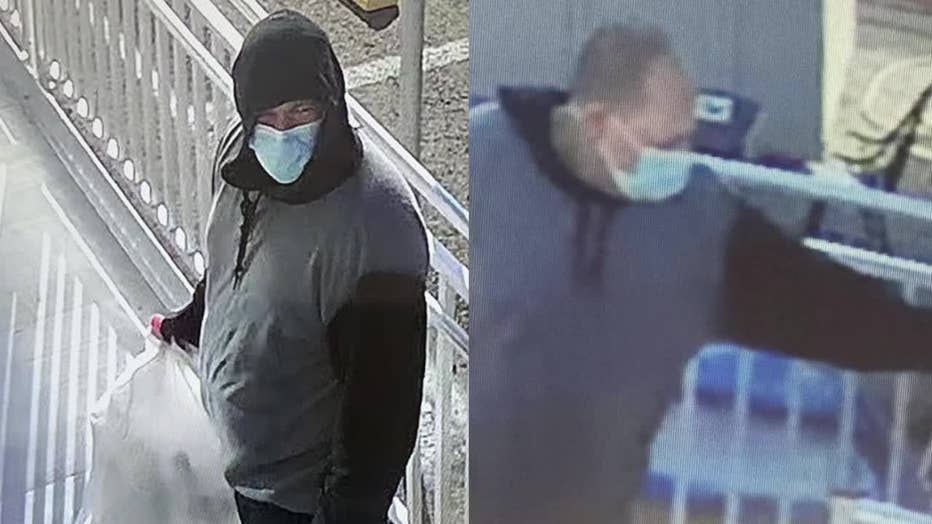 Suspect Jesus Salgado was fingered by his family as the man who kidnapped and allegedly killed a family in Merced.

Warnke also said he strongly believes there is a second suspect involved in the kidnappings and subsequent quadruple homicide, but he didn't have any evidence of that yet. It's not clear if Salgado was behind the killings as well.

The sheriff urged anyone else involved to come forward now.

"Our detectives are like bulldogs," Warnke said, saying his office is not going to give up figuring out what happened and why, despite there being no obvious motive right now.

Because there was no ransom or robbery, Warnke said his best guess of why this family was kidnapped and killed was simply "money and anger."

Family members said nothing was stolen from the trucking company but that their relatives were all wearing jewelry. Warnke had said that after the kidnappings, an ATM card belonging to one of the victims was used in Atwater, about 9 miles north of Merced.

Late Wednesday night, Warnke announced the family's bodies had been found by a rancher harvesting in the town of Dos Palos, about 20 miles south of Merced, where the family was taken on Monday about 1:30 p.m. from their business.

The rancher found cell phones in the middle of the road and picked up when they were ringing. Warnke said those phones were not too far from the area where the bodies were ultimately discovered.

The Merced County Sheriff's Office has fingered Salgado, a convicted robber, for the crime. Salgado's relatives had contacted the sheriff to report that he had admitted being involved with the kidnapping, Warnke said. 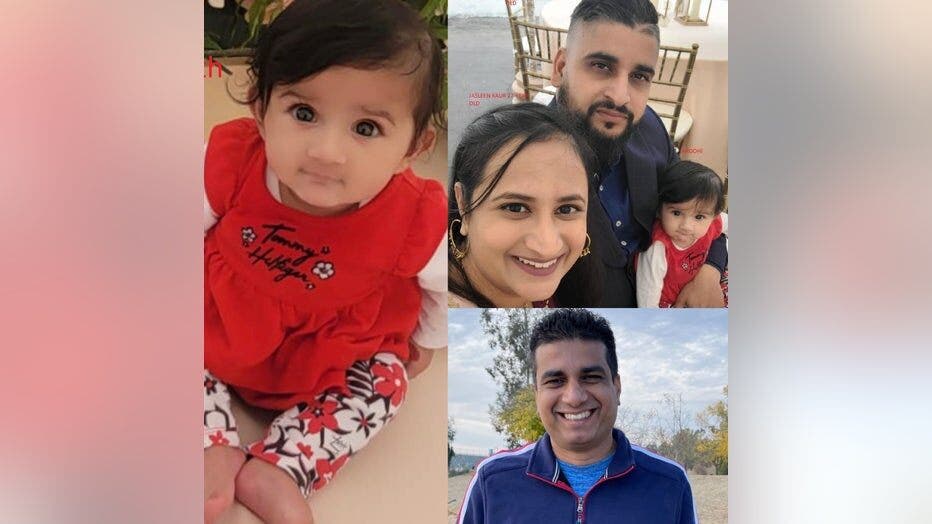 Merced County sheriff's officials were searching for an 8-month-old, her parents, and uncle, who investigators said were kidnapped at gunpoint on Monday, Oct. 3, 2022.

Salgado has since tried to kill himself when deputies went to question him. As of Thursday, he was in the hospital recovering but too medicated to talk, Warnke said.

"We want him saved," Warnke said, adding that detectives want to question him. "I fully expect him to be in my jail soon."

Salgado was previously convicted of first-degree robbery with the use of a firearm in Merced County, as well as attempted false imprisonment and an attempt to prevent or dissuade a victim or witness. He was sentenced to 11 years in state prison in that case, according to the California Department of Corrections and Rehabilitation.

He was released from prison in 2015 and discharged from parole three years later. He also has a conviction for possession of a controlled substance, the corrections agency said.

Investigators have not found a link between Salgado and the family to show they knew each other before the kidnapping.

Deputies are asking for anyone with information about the kidnapping to call 209-385-7547. Tips are confidential and you can remain anonymous.

This story was reported from Oakland, Calif. The Associated Press and KCRA contributed to this reporting.