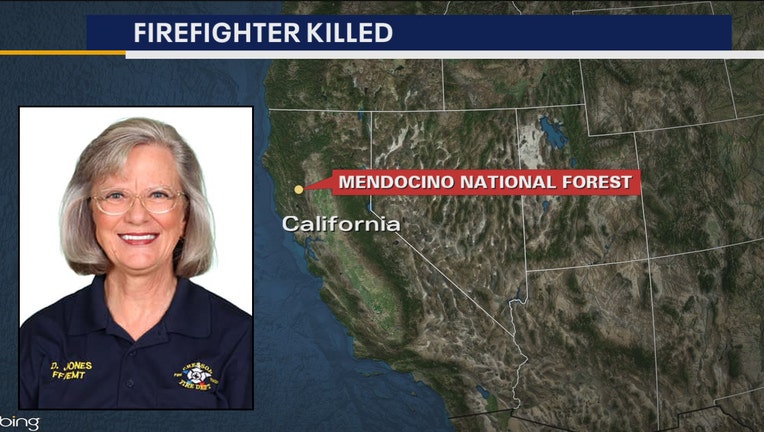 CRESSON, Texas - The body of a North Texas firefighter who died in northern California will be flown back home Wednesday.

Diana Jones was a firefighter and EMT with the Cresson Volunteer Fire Department, southwest of Fort Worth.

She and her son both headed west in late July to fight fires in Oregon. Then they headed to California doing contract work to relieve their drained west coast counterparts.

Jones’ last assignment sent her to the Mendocino National Forest north of San Francisco. The 63-year-old died while battling a fire that had already consumed nearly 240,000 acres.

There will be a water cannon salute for her at the city’s small airport when her body arrives.

Her funeral is scheduled for a week from Saturday in Granbury.