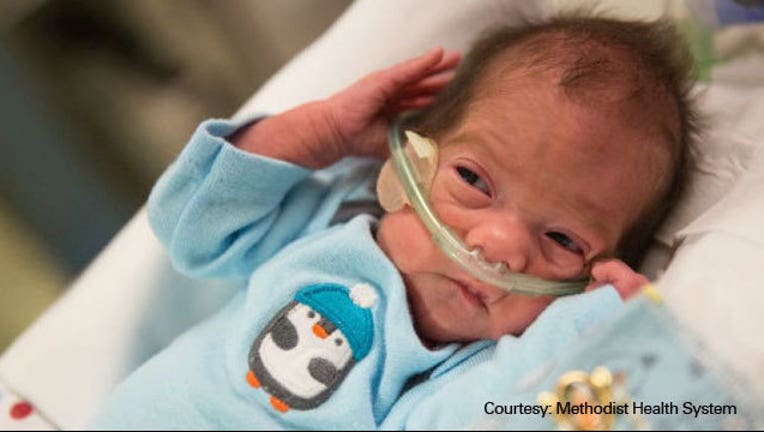 Doctors in Nebraska prolonged the life of a brain-dead woman for 54 days so she could deliver a baby boy named Angel.

The last time a brain-dead woman in the U.S. delivered a baby was 1999, the paper said.

Baby Angel was delivered on April 4 at Methodist Health System in Omaha.

Perez collapsed in her home in Waterloo, Nebraska after complaining of severe headaches. Doctors later determined she had suffered a brain bleed.

Perez's baby was too young to survive outside the womb at 22 weeks so the hospital says a team of more than 100 doctors, nurses and staff kept Perez alive just long enough to deliver Angel via cesarean section. Doctors had hoped to sustain Perez long enough to deliver the baby at 32 weeks but her condition deteriorated two weeks shy of the target date.

Karla's organs also helped save three people who were waiting for a transplant.