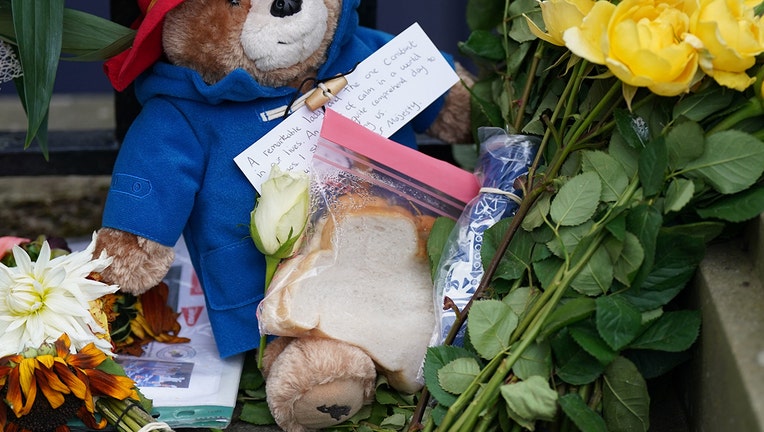 EDINBURGH, SCOTLAND - SEPTEMBER 12: A toy Paddington Bear and a marmalade sandwich, a nod to the Queen's association with the children's book character at the Royal Jubilee, is laid outside the Palace of Holyroodhouse on September 12, 2022 in Edinbur

LONDON (AP) - Officials in charge of the park outside Buckingham Palace have told people to stop leaving marmalade sandwiches as a tribute to Queen Elizabeth II because of the "negative impact on the park’s wildlife."

Some mourners have left the snacks alongside floral tributes at Buckingham Palace and neighboring Green Park. The sandwiches are a reference to a comedy sketch featuring the queen and an animated Paddington Bear filmed for the late monarch’s Platinum Jubilee earlier this year.

In the video, the queen said that like Paddington Bear she also favors marmalade sandwiches and hides them in her purse "for later."

The Royal Parks organization said Monday people should not leave the snacks but could leave teddy bears and other items if they wished.

Meanwhile, St. Giles’ Cathedral in Edinburgh has opened to members of the public who wish to pay their last respects to Queen Elizabeth II, whose coffin is lying at rest inside. 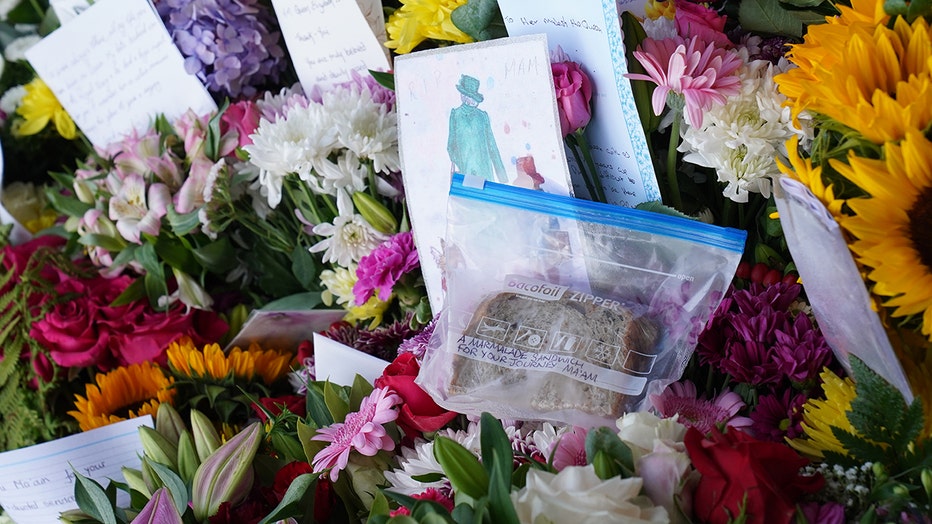 The Scottish government is warning that the line, and waiting times, are expected to be long, with perhaps hours of standing. Visitors can leave the line to use the toilet facilities.

Authorities have introduced airport-style security, banning people from taking inside the cathedral any large bags, sharp items, or food or liquids.

Similar crowds are expected in London, where the coffin can be visited from Wednesday.