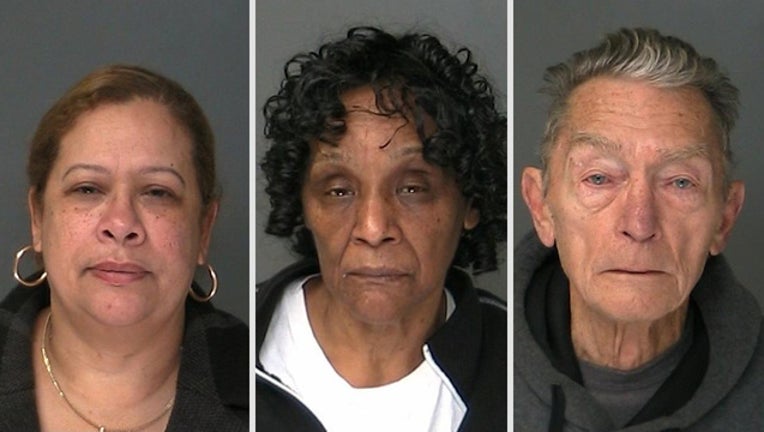 Prosecutors say the trio were responsible for transporting a child with non-verbal autism to and from Masera Learning Center in West Islip.

Roberts and Contreras were bus aides and LaGreca was a bus driver for East End Bus Lines in Medford.

The Suffolk County District Attorney claims that several times in October 2018, Roberts, in the presence of both Contreras and LaGreca, allegedly kicked the victim. On one occasion, Roberts also allegedly bent the child’s toes backward, causing the child to cry in pain.

Roberts and Contreras allegedly used the victim’s own hand to slap the victim in the face on several occasions.

The incidents were captured on surveillance video inside the school bus.

Roberts is charged with seven felony counts of endangering the welfare of an incompetent or physically disabled person.

Contreras is charged with four felony counts of endangering the welfare of an incompetent or physically disabled person.

LaGreca is charged with two felony counts of endangering the welfare of an incompetent or physically disabled person.

The three were arraigned Tuesday in Suffolk County and released. If convicted, each faces a maximum sentence of up to four years in prison for each charge.

All three have been fired by the bus company.  Information about their lawyers was not immediately available.