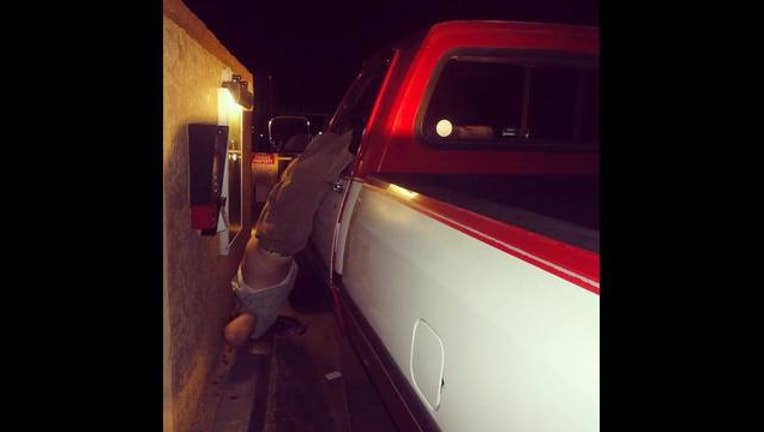 LOS ANGELES - The California Highway Patrol from Central Los Angeles is encouraging the public to celebrate responsibly on New Year's Eve after posting a photo of a man hanging out of the driver side window.

In a Facebook post on December 31st, police say the driver in the photo was extremely intoxicated and had fled from a hit & run traffic collision. In the driver's attempt to escape and flee, he was a little too far from the gate keypad. As he leaned over, due to his intoxicated state, he fell out of the window, getting his foot caught in the steering wheel and unable to help himself.

After police assisted the man who was uninjured by the incident, they arrested him, and he was taken to jail for DUI and fleeing the scene of a hit and run accident.