Researchers and U.S. election officials say that voting by mail does not lead to massive voter fraud.

“This webpage is for people with questions about the security of their vote and preemptively debunks potential areas for disinformation,” according to CISA’s website.

The website contains a fact-checking list regarding various rumors being spread about the election, with sources included.

RELATED: ‘Stop the count’ protests met by ‘count every vote’ demonstrations as US awaits 2020 election result

“We remain confident that no foreign cyber actor can change your vote,” said Chris Krebs, CISA director. “But that doesn’t mean various actors won’t try to introduce chaos into our elections and make sensational claims that overstate their abilities.”

Krebs explained that while he feels confident in his agency’s ability to stop threats on the integrity of the election, there are several things voters can do to protect themselves:

“The last line of defense in election security is you, the American voter,” said Krebs. “I’m confident that American voters are going to decide the 2020 election and you should be too.”

With just a handful of states yet to be decided, Biden had an advantage over Trump in the still-developing election results, but the president did still have a narrow path to the 270 electoral votes needed to win reelection. To prevail, Trump would have to win all four remaining battleground states; Biden would have to win one. 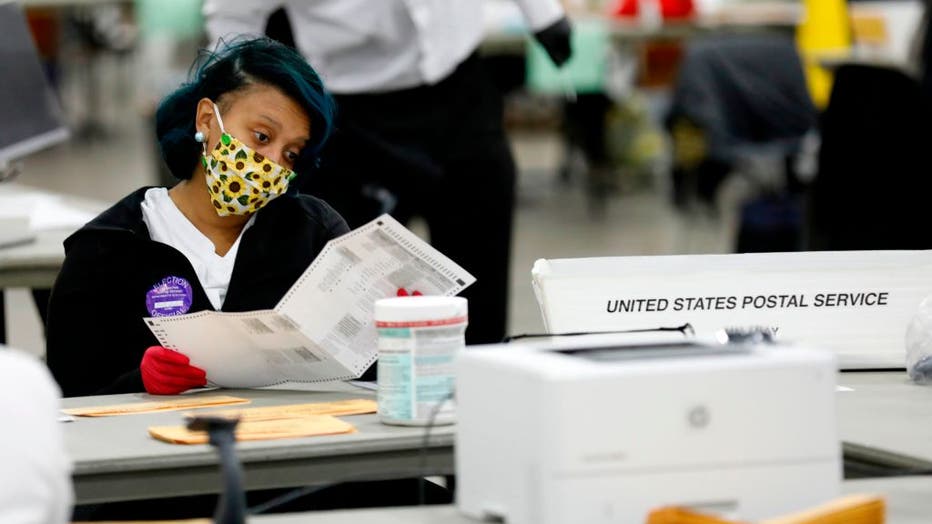 And despite the election winner not yet being called, Trump made a premature declaration of victory in the early hours of the morning after Election Day.

The president has largely avoided the public eye but has been stewing over election results on Twitter where many of his posts have been flagged by the company for spreading misinformation.

“STOP THE COUNT!” he proclaimed in a tweet. But the president has no authority over election counting and halting the count at that moment would have resulted in a swift victory for his Democratic rival, Joe Biden.

“ANY VOTE THAT CAME IN AFTER ELECTION DAY WILL NOT BE COUNTED!” he later wrote. That seemed to advocate tossing out untold legally cast votes, including those from military servicemembers stationed overseas. Many states accept mail-in ballots after Election Day as long as they were postmarked by Nov. 3.

Supporters of US President Donald Trump staged protests outside the Maricopa County Elections Center and the Arizona State Capitol in Phoenix on November 4.

For months leading up to the election, Trump argued without evidence that voting by mail would be fraught with fraud that would steal the election. Election officials have repeatedly disputed that claim.

The head of an international delegation monitoring the U.S. election says his team has no evidence to support Trump's claims about alleged fraud involving mail-in absentee ballots.

Michael Georg Link, a German lawmaker who heads an observer mission of the Organization for Security and Cooperation in Europe, told German public broadcaster rbb Thursday that “on the election day itself, we couldn't see any violations” at the U.S. polling places they visited.

Link said he was “very surprised” by Trump's claims about postal ballot fraud because the United States has a long history of this method of voting going back to the 19th century.

“We looked into this. We found no violations of the rules whatsoever,” Link told rbb.

He said neither U.S. election observers nor media found any evidence of fraud either, though the OSCE team on Wednesday repeated long-standing concerns about disenfranchisement of some voters and the distorting effects of campaign finance laws.