One of the proposed projects includes a possible underground rail in the downtown area.

AUSTIN, Texas - Big changes are being discussed in regard to the City of Austin's congestion issue.

The city and Capital Metro held a joint work session Tuesday afternoon to discuss the types of options in an effort to get something on the ballot in November.

One of the proposed projects includes a possible underground rail in the downtown area.

Cap Metro recently did a study which shows their buses would reach maximum capacity by 2040, so they, along with the city, are stressing that more needs or be done with the current congestion and traffic problems could get worse.

Some of the options currently being discussed include more neighborhood circulators, expanded Metro Express, more park and rides, and more rail lines. 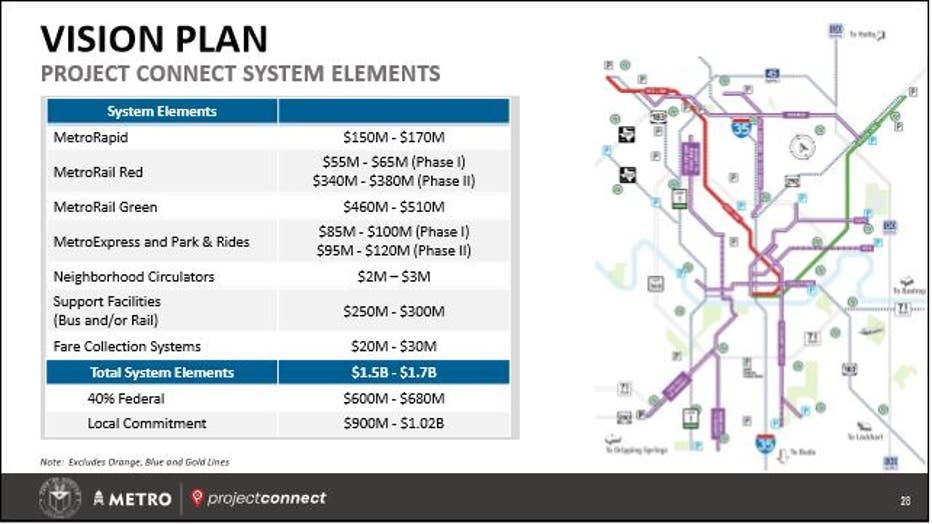 The point of the meeting Tuesday was to show these options so they can get public input in the coming months. 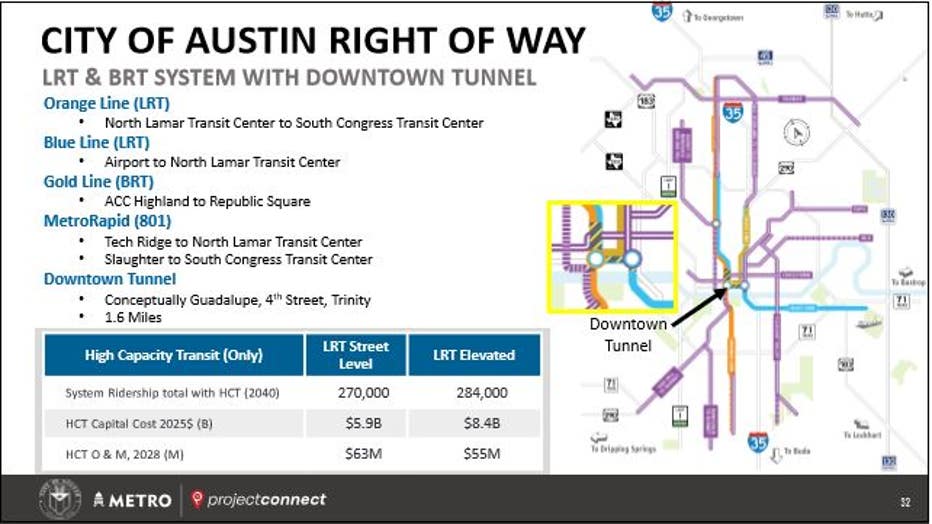 "We are past time for our city to come up with an investment in our overall system, we have to be realistic and look at the future," City Council member Ann Kitchen said. "It's only going to get worse, it's only going to cost more, so it's time for us to think about what we need for a city as a whole so people can have real choices."

A big project like this comes with a big price tag and we are talking billions if they go with all the projects.

“We've got a range of ways to pay for it so it's up to the people on what they would consider to be an investment that gets them what they need,” said Kitchen.

The city hopes to get federal funding to help cover some of the cost but what isn't covered could be coming out of the tax payer's pocketbook should they approve so come voting in November. 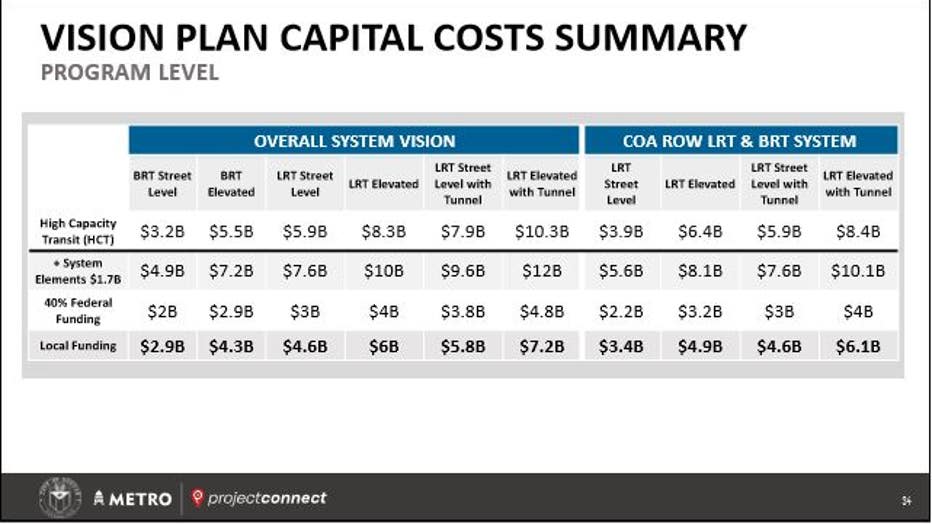 The city is planning to get public input at this time. They plan to discuss what will go on the November ballot this May.

SEE ALL THE OPTIONS BELOW: