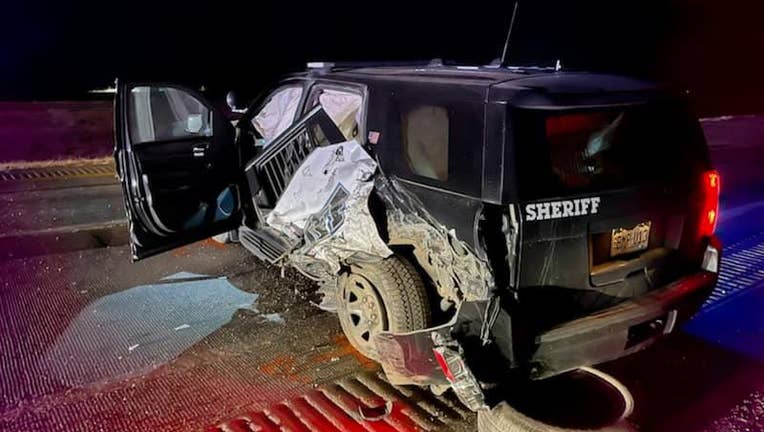 A Colorado sheriff’s deputy used his patrol vehicle to stop a speeding wrong-way driver last week, "bravely" putting himself in harm's way for the safety of other drivers, authorities said.

Adams County deputies responded just after 11 p.m. Monday to a request from Colorado State Patrol about a wrong-way driver in the eastbound lanes of I-70, the Adams County Sheriff’s Office said.

While deputies were able to stop traffic ahead of the speeding vehicle in the hopes of avoiding a collision, the wrong-way driver continued barreling toward them.

"One deputy bravely put himself and his vehicle in harm’s way ahead of the stopped vehicles to intercept the incoming vehicle and allowed himself to be struck so the other vehicles would not be hit," the sheriff’s office said.

The impact of the collision sent the two vehicles skidding over 140 feet and into the front of a stopped semi-truck. 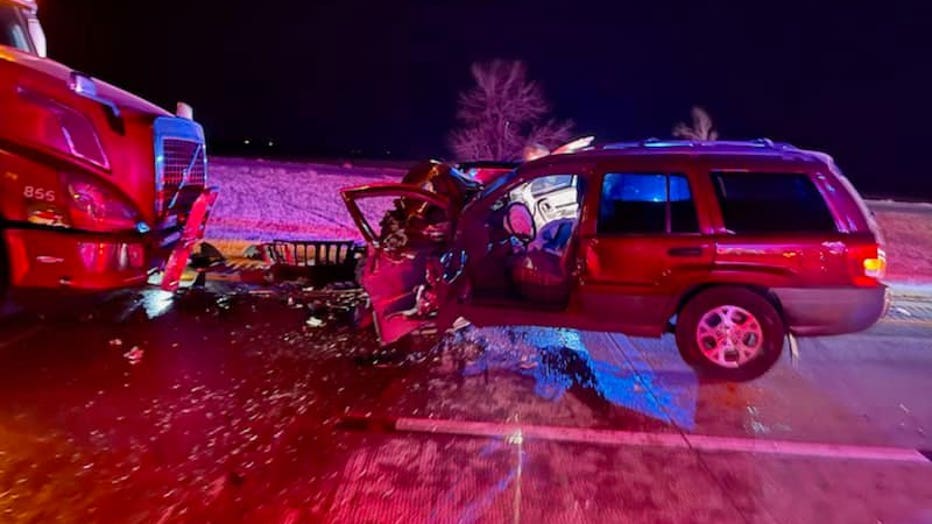 The collision's impact sent both the patrol vehicle and the wrong-way vehicle into a stopped semi-truck, the sheriff's office said. (Adams County Sheriff’s Office)

Photos the sheriff’s office shared online show the impact crushed the rear of the patrol vehicle and crumbled its rear doors, while the front end of the wrong-way vehicle was completely crushed in.

"Thankfully neither the deputy, the driver, nor anyone else on the interstate suffered any major injuries," the sheriff’s office said, adding that medics treated the deputy and the wrong-way driver as a precaution. 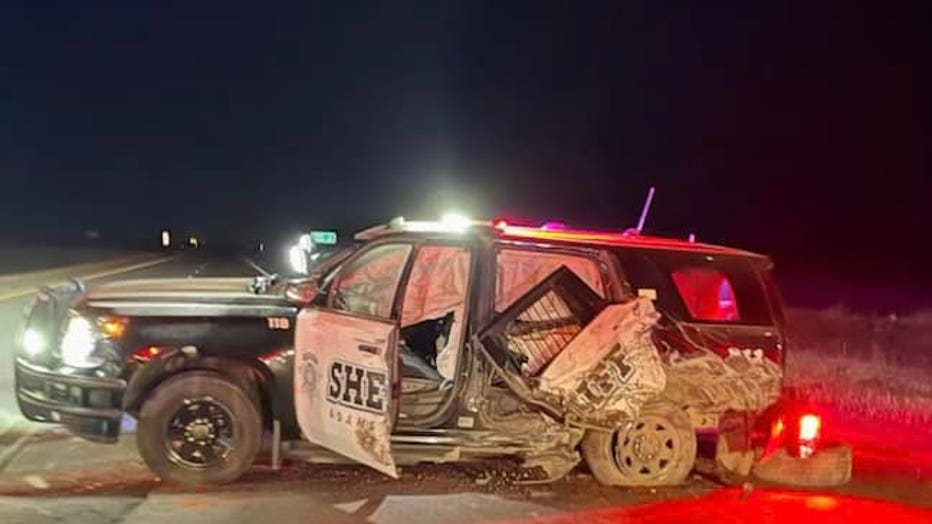 An Adams County sheriff's deputy intercepted a wrong-way driver with his own vehicle to stop it from colliding with other drivers on I-70 last week. (Adams County Sheriff’s Office)

The sheriff’s office said that if not for the deputy’s heroic actions, the incident may have turned deadly. 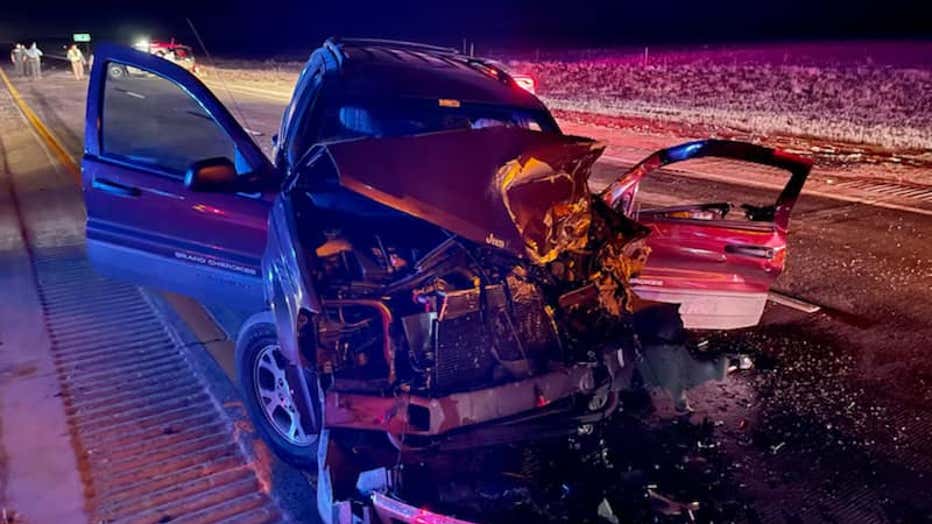 Neither the deputy, the wrong-way driver, nor any others were injured, authorities said. (Adams County Sheriff’s Office)

"We are thankful that the only casualties were the vehicles involved," the sheriff’s office said. "There is no doubt that without the deputy’s quick action and bravery several vehicles would have been struck at high speeds and lives would have been lost."

Authorities didn’t immediately say why the driver was on the wrong side of the highway. It was unclear what charges, if any, the driver will face.