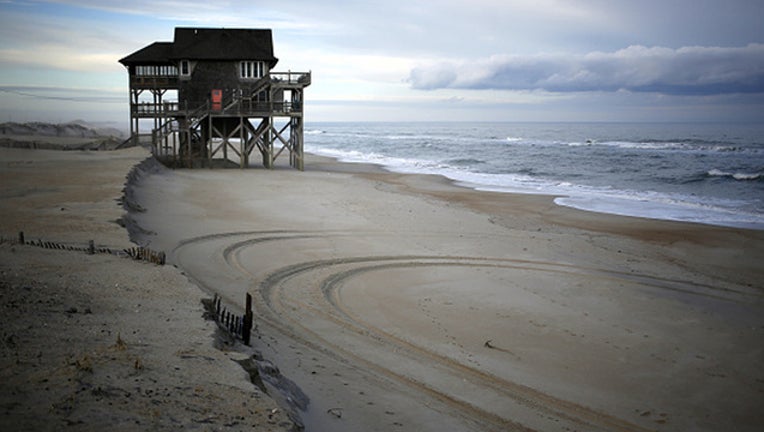 KITTY HAWK, N.C. (AP) - Rescue efforts have transitioned to recovery as authorities search for signs of a four-year-old boy they say was swept out to sea while walking with his mother on a North Carolina beach.

A heart-shaped seashell memorial began to form Thursday on a Kitty Hawk beach. That's where the U.S. Coast Guard says the boy and his mother were walking Wednesday afternoon when a wave hit the boy, carrying him out into the ocean.

Related: Boy swept out to sea while walking on North Carolina beach

Officials say the mother lost sight of her son as he went further from the shore. Police say the family was vacationing from New Hampshire, and the boy was their only child.

Crews combed 130 square miles before suspending their search Wednesday night. Now, local officials and some volunteers continue to look for signs of the boy.