WASHINGTON - After 13 years, at least three crashes, dozens of scams and Ponzi schemes and hundreds of billions of dollars made and evaporated, cryptocurrencies finally have the full attention of Congress, whose lawmakers and lobbyists have papered Capitol Hill with proposals on how to regulate the industry.

The latest bipartisan proposal came Wednesday from Sen. Debbie Stabenow, D-Michigan, and top Republican member Sen. John Boozman of Arkansas, which would hand the regulatory authority of Bitcoin and Ether to the Commodities Futures Trading Commission. That would be in contrast with bills proposed by other members of Congress and consumer advocates, who have suggested giving the authority to the Securities and Exchange Commission.

RELATED: What is cryptocurrency?

This year, crypto investors have seen prices plunge and companies crater with fortunes and jobs disappearing overnight, and some firms have been accused by federal regulators of running an illegal securities exchange. Bitcoin, the largest digital asset, trades at a fraction of its all-time high, down from more than $68,000 in November 2021 to about $23,000 on Wednesday. 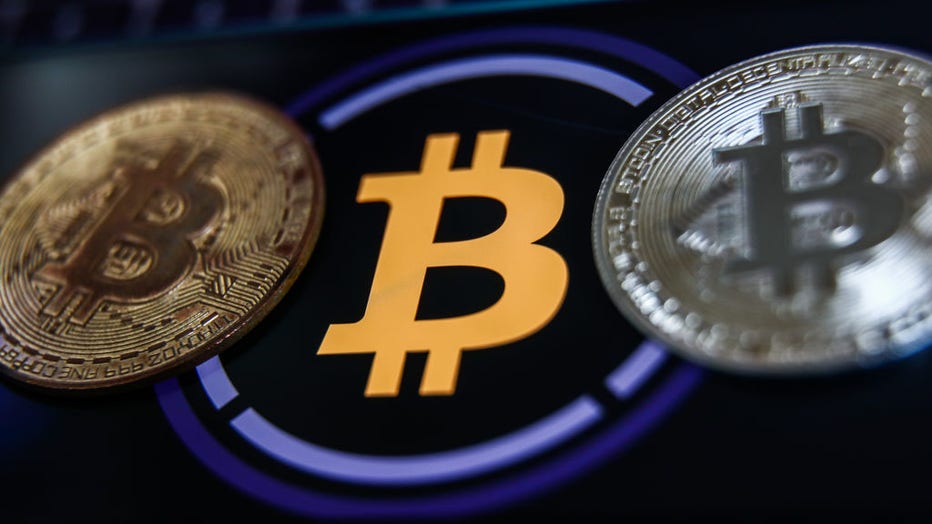 Wrapped Bitcoin logo displayed on a phone screen and representation of Bitcoin are seen in this illustration photo taken in Krakow, Poland on June 10, 2022. (Jakub Porzycki/NurPhoto via Getty Images)

While cryptocurrencies have had crashes before, most recently in 2018, this crash has been broader and more systemic. A major hedge fund filed for bankruptcy earlier this summer, which in turn has caused other cryptocurrency brokers to collapse as well. Some crypto brokers have falsely claimed that its customers' deposits are backed by deposit insurance like a bank.

Lawmakers, who have run out of patience with the cryptocurrency industry's attempts to live out an unregulated Libertarian, bank-free world, are now desperate to implement stringent oversight. The industry spent $9 million in 2021 on lobbying fees, according to a report by Public Citizen, a figure that is certain to be higher with all the Congressional proposals this year.

The Stabenow-Boozman bill would be a win for the cryptocurrency industry, who see the CFTC as more industry-friendly regulator than the SEC. The CFTC, which a budget last year of $304 million with roughly 666 employees, is a fraction of the size of the SEC, which had a budget of nearly $2 billion and 4,500 full-time employees.

"(The cryptocurrency industry is) trying to get anyone other than the SEC to regulate them," said Cory Klippsten, CEO of Swan Bitcoin. While an advocate for Bitcoin, Klippsten is deeply skeptical of much of broader crypto industry, which has produced a myriad of tokens and other coins that he considers to be nothing more than scams.

In a press conference Stabenow and Boozman both acknowledged that the while they have faith that the CFTC is up to the task of regulating cryptocurrencies, the agency would need support. The bill attempts to alleviate this issue by imposing on the crypto industry user fees, which in turn would fund more robust supervision of the industry by the CFTC.

"Obviously if the CTFC is to move aggressively in this area, they are going to need more resources," Stabenow said.

The legislation can be added to the list of proposals that have come out of Congress this year. Sens. Cory Booker, D-N.J., and John Thune, R-S.D., are also co-sponsors of the Stabenow-Boozman bill. Booker has publicly advocated for the cryptocurrency industry, particularly because Black Americans and other racial minorities are more statistically likely to invest in crypto compared to traditional investments like stocks and bonds.

Sen. Pat Toomey, R-Pa., in April introduced legislation, called the Stablecoin TRUST Act, that would create a framework to regulate stablecoins, which have seen massive losses this year. Stablecoins are a type of cryptocurrency pegged to a specific value, usually the U.S. dollar, another currency or gold.

Along with the Toomey legislation and the Lummis-Gillibrand legislation, a proposal is being worked out in the House Financial Services Committee, though those negotiations have stalled.

Committee chair Maxine Waters, D-Calif., said last month that while she, top Republican member Patrick McHenry of North Carolina and Treasury Secretary Janet Yellen had made considerable progress toward an agreement on the legislation, "we are unfortunately not there yet, and will therefore continue our negotiations over the August recess."

President Joe Biden's working group on financial markets last November issued a report calling on Congress to pass legislation that would regulate stablecoins, and Biden earlier this year issued an executive order calling on a variety of agencies to look at ways to regulate digital assets.