Dallas rent prices seeing some of the highest increases in the U.S., data shows

Data from rent.com shows the average for a two-bedroom in Dallas has jumped up 46% from last year. Other cities like Grapevine and Grand Prairie are seeing even bigger rent increases. Only one North Texas city saw a consistent drop in rent prices.

DALLAS - The metroplex is seeing some of the highest rent increases in the country.

Data from rent.com shows the average for a two-bedroom in Dallas has jumped up 46% from last year.

Other cities like Grapevine and Grand Prairie are seeing even bigger rent increases.

The average rent for a two-bedroom apartment in Dallas is around $2,100 a month.

Experts say a lot of different factors are driving rent up across the metroplex.

"The apartment market in DFW, we’ve had the highest rent increases of anywhere in the country in the last year in DFW as a whole," said Ken Nolan with the Dallas County Appraisal District. 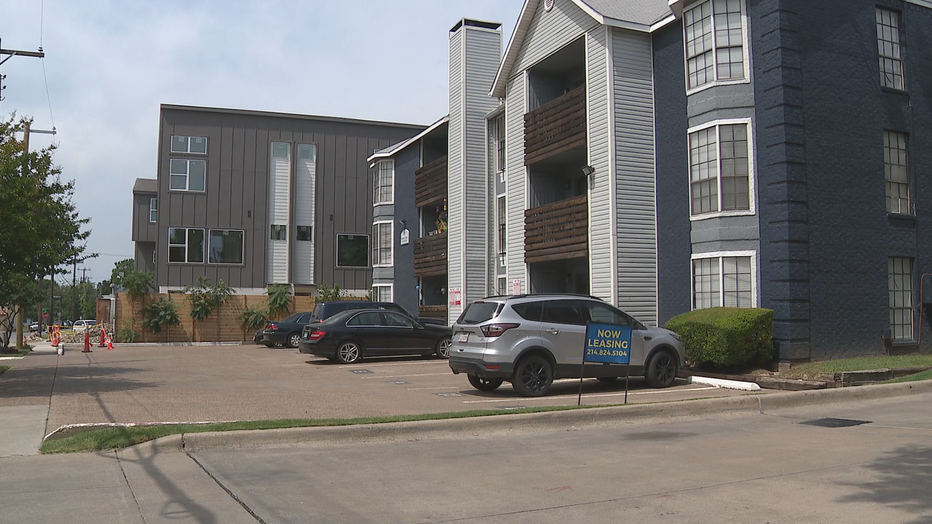 Renters in the metroplex have steadily been paying more and more for years. But since the pandemic, realtors and apartment locators are noticing even steeper rent increases.

"It’s insane. The rental market here is crazy, if not crazier, than the sales market," said Rogers Nealy, owner and CEO of Rogers Healy Companies. "We saw supplies, whether it’s lumber, glass, etc., labor, everything is short. So because of that, people are having to charge more, which, again, that’s the new market."

According to rent.com, the average rent for a one-bedroom in Dallas has jumped 20% in the past year.

Nearly every other city in the metroplex has also seen a significant jump. Rent for a one-bedroom in Grapevine has jumped up 44% and by 55% in Grand Prairie.

"The costs have gone up significantly for developers. Land acquisition is probably 35-40% higher than it was a year and a half ago," Nealy said. "The supplies are probably 50-60% more expensive than they were even a year ago, and then the labor. A historic shortage in labor means they have to make their money up somewhere."

The Dallas County Appraisal District says more supply is on the way.

"There’s more apartments under construction in the DFW area right now than anywhere else in the country," Nolan said.

But if you’re looking for a break on rent, you may be waiting a long time.

According to rent.com, only one city monitored saw a consistent drop in rent prices. DeSoto saw rent drop across the board for studios to three-bedrooms.