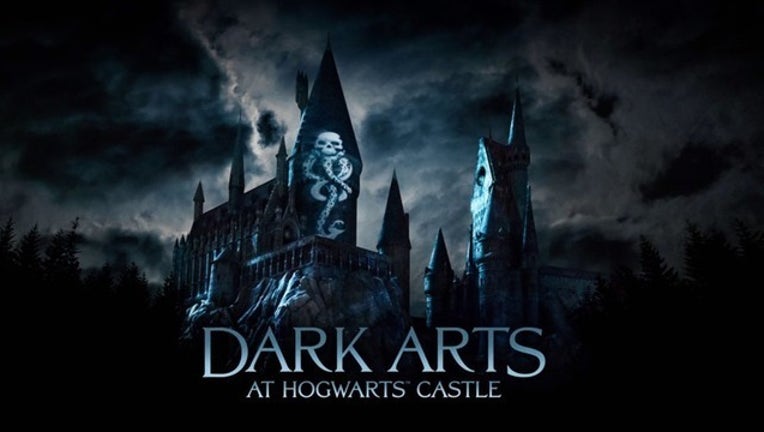 The new projection experience, titled the 'Dark Arts at Hogwarts Castle,' will allow guests to experience a new dimension of sorcery at the parks. Hogwarts Castle will be illuminated with a darker side of the Wizarding World, as lights, music, and special effects unleash creatures and villains into the park.

During the experience, guests will be asked to summon their inner strength and bravery in the face of the Dark Arts as some of the awe-inspiring moments inspired by the films come to life. Dementors, Death Eaters, Lord Voldemort, and other creatures will cloak the castle with sinister images until the Patronus spell is cast.

An exclusive musical arrangement conducted by William Ross and recorded by the London Symphony Orchestra will accompany the projections.

The 'Dark Arts at Hogwarts Castle' will illuminate Hogwarts castle and 'The Wizarding World of Harry Potter' nightly between April 13 and April 28 at Universal Studios Hollywood then return from May 25 until May 27.

Universal Studios Hollywood is offering season passes for as low as $149 — meaning if you go twice during the year — you got your money's worth!

Fox 35 Orlando contributed to this report.