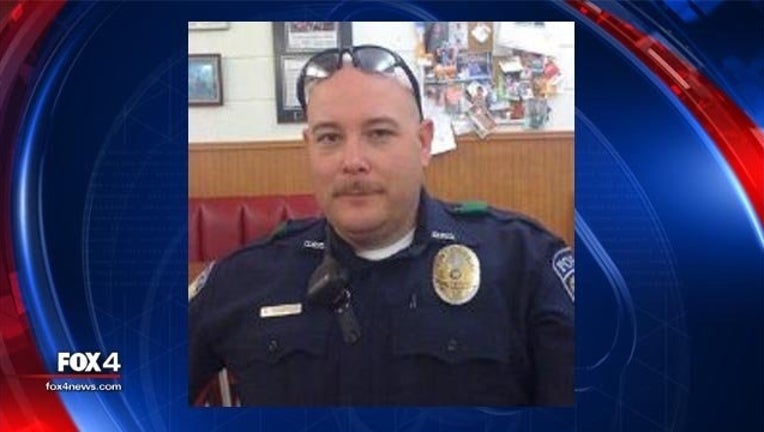 The Dallas Area Rapid Transit has made a change to their website to express their grief and in order to honor one of their own.

DART officer Brent Thompson, 43, was one of the officers killed after two snipers opened fire at police at a Black Lives Matter rally late Thursday night in Dallas. Eleven officers were shot, 5 were killed, according to police.

A visit to DART.org redirects to a landing page. On it, DART expresses their grief over losing Thompson.

"As you can imagine, our hearts are broken. This is something that touches every part of our organization. We have received countless expressions of support and sympathy from around the world through the evening," according to the website. "We are grateful for every message. Thank you."

Thompson joined DART Police Department in 2009. He is the first officer killed in the line of duty since DART formed a police department in 1989, according to the website.

DART services in downtown Dallas were suspended following the shooting. They said they are evaluating their operating plans for Friday morning. Updates will be posted to DART.org and made available via Twitter @dartmedia or by our email update service at www.DART.org/rideralerts.