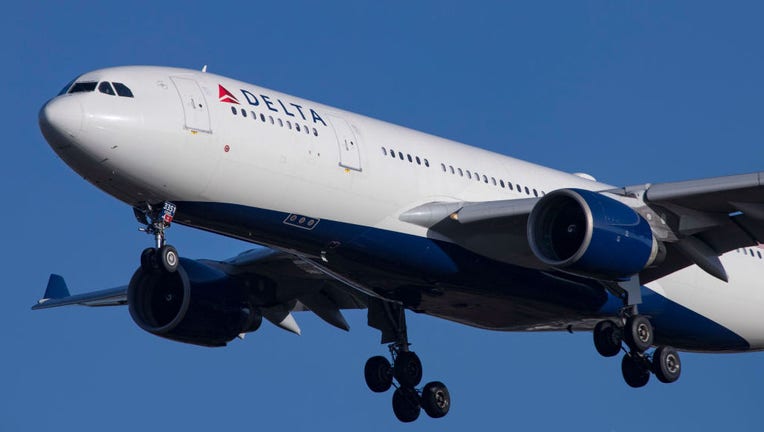 A nightmare scenario came true for thousands of travelers when their luggage was lost, but one airline stepped in to offer help.

Delta pilots flew a plane carrying 1,000 pieces of luggage—and no passengers—from London’s Heathrow Airport to its hub airport in Detroit on July 11.

In a statement provided to FOX Television Stations Thursday, the airline said:

"Delta teams worked a creative solution to move delayed checked bags from London-Heathrow on July 11 after a regularly scheduled flight had to be canceled given airport passenger volume restrictions at Heathrow. Delta flight 9888 from Heathrow to Delta’s Detroit hub flew 1,000 bags back to the U.S., where teams then forwarded the bags on to our customers."

A Delta spokesperson also shared with FOX Television Stations Thursday that the move was an "operational decision" made to speed up the movement of delayed bags. Passengers on the flight were booked on other flights, the airline explained.

As summer travel gets into full swing, airlines are dealing with labor shortages, flight cancellations and delays, and capacity issues at airports.

"Some airlines have taken significant action, but others have not, and we believe that further action is needed now to ensure passengers have a safe and reliable journey. We have therefore made the difficult decision to introduce a capacity cap with effect from 12 July to 11 September. Similar measures to control passenger demand have been implemented at other airports both in the UK and around the world."

Kaye said in the letter that Heathrow averages 100,000 passengers in the airport daily but explained that summer traveler numbers could rise to 104,000 per day.

"Our assessment is that the maximum number of daily departing passengers that airlines, airline ground handlers and the airport can collectively serve over the summer is no more than 100,000. The latest forecasts indicate that even despite the amnesty, daily departing seats over the summer will average 104,000 – giving a daily excess of 4,000 seats. On average only about 1,500 of these 4,000 daily seats have currently been sold to passengers, and so we are asking our airline partners to stop selling summer tickets to limit the impact on passengers."

"Over the past few weeks, as departing passenger numbers have regularly exceeded 100,000 a day, we have started to see periods when service drops to a level that is not acceptable: long queue times, delays for passengers requiring assistance, bags not traveling with passengers or arriving late, low punctuality and last-minute cancellations."

The CEO concluded that the airport is working to return to "excellent service" for travelers.

Delta struggled with rising fuel prices and the cost of canceling more than 4,000 flights in May and June.

The Atlanta carrier had the most canceled flights over the Memorial Day and Juneteenth weekends. CEO Ed Bastian Bastian said Delta and other airlines tried too hard to make up for two years of pandemic and grab the most revenue they could while demand was hot.

The airline canceled 337 flights or about 1% of its schedule, in the first 11 days of July, and just 83 after July 3, a major improvement over earlier in the summer, according to figures from tracking service Flightaware.

Delta said it hired 18,000 employees since the start of 2021 and reduced its schedule to run more smoothly. Delta expects to pay $700 million in overtime and premium pay to have enough people on the job for the rest of the year.