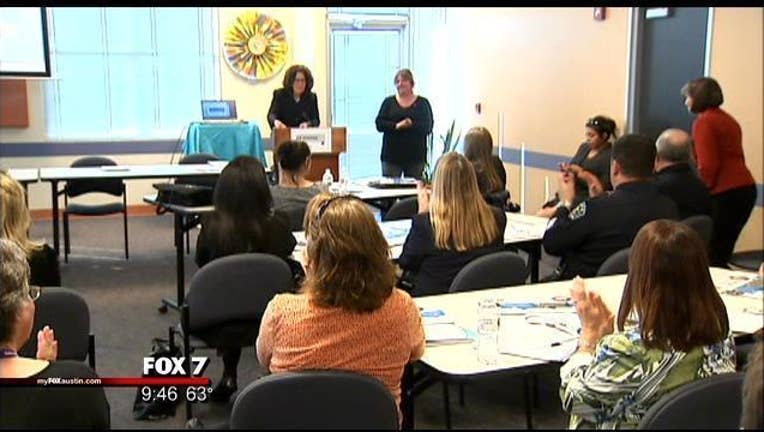 AUSTIN, Texas - For 20 years now the Department of Justice has handed out more than $5.5 billion dollars across the country to battle sexual assault.

To honor the 20th year of the Violence Against Women Act, the DOJ is visiting with organizations they've funded.

To date, the state of Texas has received more than $180 million in funding from the DOJ and they've given $26 million of that through grants to organizations right here in Austin.

Some organizations that have benefited from the DOJ grant money are local victim service providers, local transitional housing providers, courts, and local law enforcement to name a few.

"You have a national footprint that a lot of other placed don't have," said Bea Hanson with the Office of Violence Against Women.

Representatives from many of those organizations gathered at the safe place here in Austin Tuesday to talk about the progress that's been made and what more needs to be done.

Domestic violence has been in the headlines for much of the past year, a video last summer showing Baltimore Ravens player Ray Rice pummeling his girlfriend brought the NFL to its knees. In the fall, its commissioner pledged $5 million to the Domestic Violence Hotline, an organization that's based here in Austin.

Also in late fall, the Austin Police Department embarked on a pilot program called CRASH - Coordinated Response to Abuse for Safe Homes. It's now a permanent program where they go after offenders who have violated protective orders.

"Those suspects need to know we are watching and we are going to hold them accountable and if they violate the terms we are going to find them and arrest them and bring them to justice," said Police Chief Art Acevedo.

Acevedo says they are tracked through ankle monitors.

"In a lot of cities no one is actually paying attention to that - there are no consequences of violating the court order and in this city we have created, we are committed to creating a consequence - that word is getting out and the violations when we looked at the data was down about eighty percent," he explained.

APD restructured some of their existing resources to staff the crash unit - and has not received a grant yet for the project from the DOJ. The DOJ has recently given UT a grant to test thousands of rape kits. That project is getting underway now