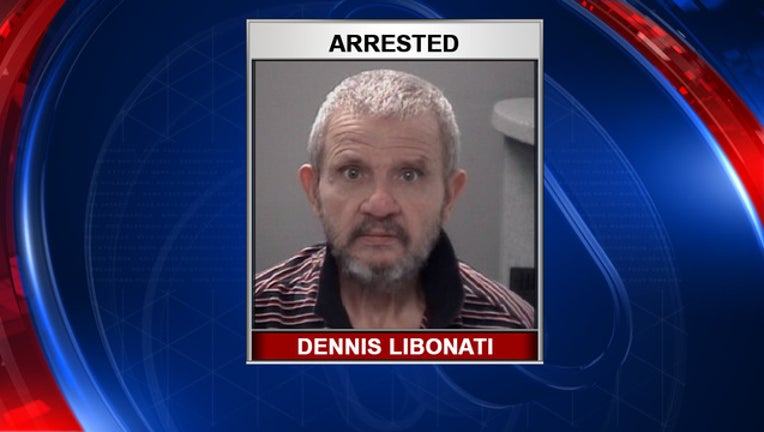 LAND O' LAKES, Fla. - A Homosassa man was just released from jail when he tried to break into more than two dozen cars in the jail parking lot, deputies say, because he needed a ride home.

On Monday, 68-year-old Dennis Libonati was just released from the Pasco County Jail, officials said, but was found in a restricted area on the jail property.

Deputies said Libonati was seen in surveillance video checking the door locks of 26 vehicles, including to sheriff’s office vehicles. Detention staff took him into custody.

They said he admitted to trying to enter those vehicles in order to steal them, so he can head home. He said he tried to “hot wire” an ATV, deputies said.