LOS ANGELES - More than 300,000 wireless earphones sold nationwide are being recalled because they have the potential to overheat and burn consumers.

DeWalt Jobsite Pro Wireless Earphones "can overheat while charging or in use, posing burn and fire hazards," according to the Consumer Product Safety Commission (CPSC).

The earphones were sold nationwide within electronics stores and hardware stores such as Home Depot and Lowe's from December 2019 to July 2021. 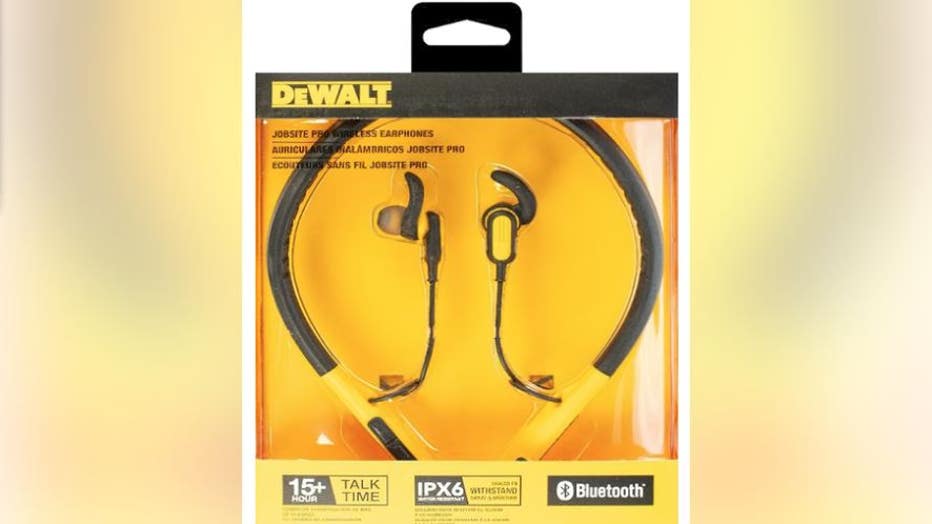 They were also available online at Cyberguys.com.

Consumers are urged to "immediately stop using" the headphones, according to the CPSC.

"If your product is included in the recall, stop using the wireless earphones and contact E-filliate to arrange to return it at no charge to the consumer," E-filliate said in a statement on its website.

Consumers will get a replacement for free, according to the recall.