A look at Trump’s law and order push

President Donald Trump said he will send federal agents into Chicago and Albuquerque to help combat rising crime, part of a larger strategy amid the pandemic and upcoming election.

SALT LAKE CITY - More than two dozen documented members and associates of several “home-grown” White supremacist gangs in Utah have been charged following an investigation into the distribution of drugs and firearms, authorities announced Friday.

An investigation began in June 2019 with the Bureau of Alcohol, Tobacco, Firearms and Explosives (ATF) and the two gang units working in tandem to target drug and firearms trafficking throughout the state.

“Many of the defendants have been involved in criminal conduct in Utah communities for many years. In two cases, this criminal history will allow federal prosecutors to seek a significant federal sentencing enhancement if they are convicted of the charges,” the statement reads. 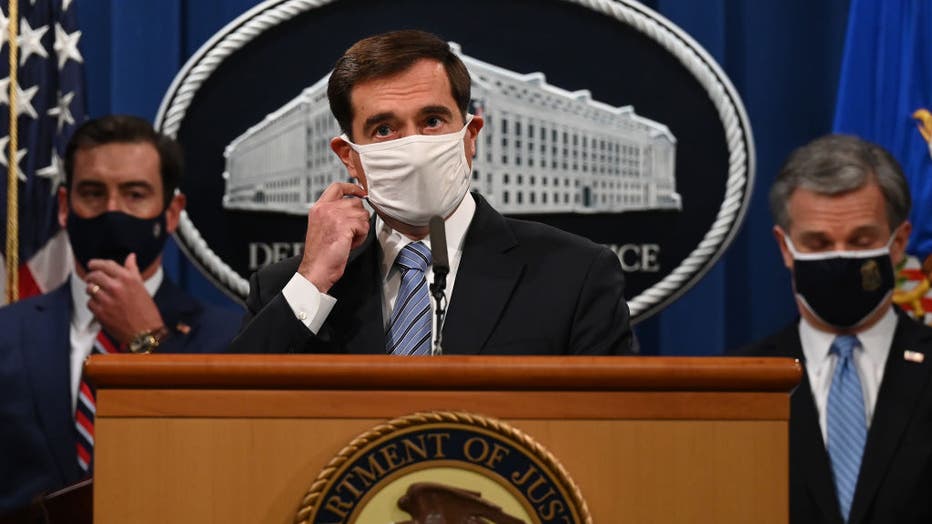 Assistant Attorney General John C. Demers of the National Security Division, takes off his mask to speak during a press conference on a national security matter at the Department of Justice on October 7, 2020 in Washington, DC.

The following individuals are facing charges related to the investigation:

Prosecutors from the U.S. Attorney’s Office for the District of Utah filed a notice of a sentencing enhancement for defendants with an asterisk next to their names, which would potentially double their statutory maximum sentence or their mandatory minimum sentence.

The potential penalties and fines if convicted range from a five-year mandatory minimum in prison up to life maximum. Some of the individuals charged face up to a $10 million fine.