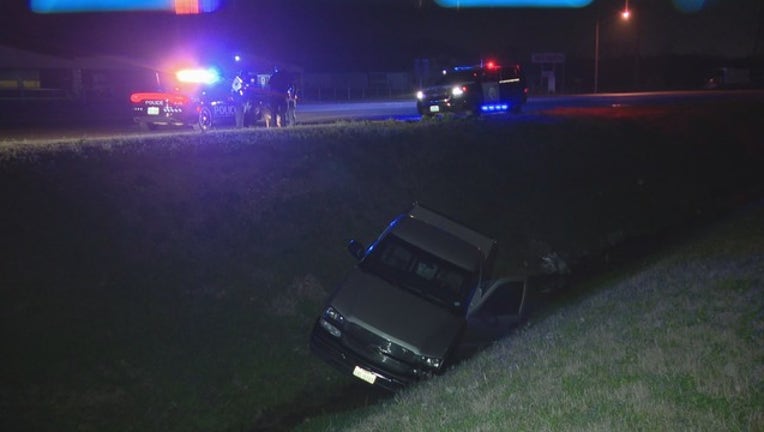 ENNIS, Texas - A driver ended up crashing into an irrigation ditch while trying to flee from Ennis police early Saturday morning.

The police chase started at 1:45 a.m., when Ennis Police Department officers tried to pull over a silver pickup truck.

The male driver of the truck refused to stop, and led police on a high speed chase northbound on I-45.

Police say the chase reached speeds of more than 100 mph, and lasted about 30 minutes.

The chase ended when the driver lost control and crashed into an irrigation ditch in the 4500 block of South Great Trinity Forest Way in Dallas.

The driver, who has not yet been identified, was taken into custody without any further incident.