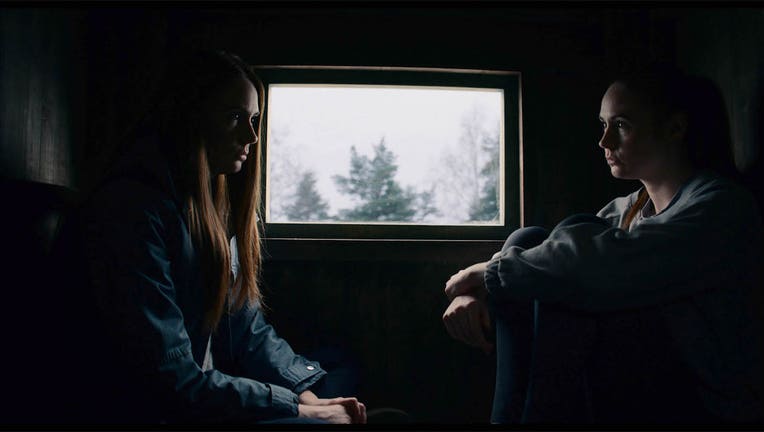 Karen Gillan appears in DUAL by Riley Stearns, an official selection of the U.S. Dramatic Competition at the 2022 Sundance Film Festival. Courtesy of Sundance Institute.

CHICAGO - Editor's note: This review originally ran as part of our coverage of the 2022 Sundance Film Festival on Jan. 23, 2022. It has been expanded and republished on the eve of the film's premiere. "Dual" arrives in theaters on Friday, April 15.

With his 2019 karate comedy "The Art of Self-Defense," writer/director Riley Stearns emerged as a filmmaker with a divisively distinctive voice. Like America’s answer to Greek auteur Yorgos Lanthimos ("The Favourite"), Stearns crafts drily arch worlds where the deadpan way his characters speak is meant to reflect something about the human condition. "The Art of Self-Defense" examined toxic masculinity by way of a deadly dojo. Now Stearns’ new feature "Dual" is set in a near-future sci-fi world in which terminally ill patients are encouraged to make clones of themselves who can go on living in their place.

What could possibly go wrong?

Though this "replacement" treatment is sold as a gift for bereaved loved ones, Stearns is less interested in the emotional complexities of grief than in using the clone tech to explore the crushing mundanity of everyday life. And he chooses his protagonist accordingly: Listless, apathetic Sara (Karen Gillan) doesn’t really seem to be living much of her own life, even before her terminal diagnosis. But when an equally deadpan clone steps in to replace her – and when her life-threatening illness turns out not to be so life threatening – Sara realizes she does want to fight for her right to exist after all. 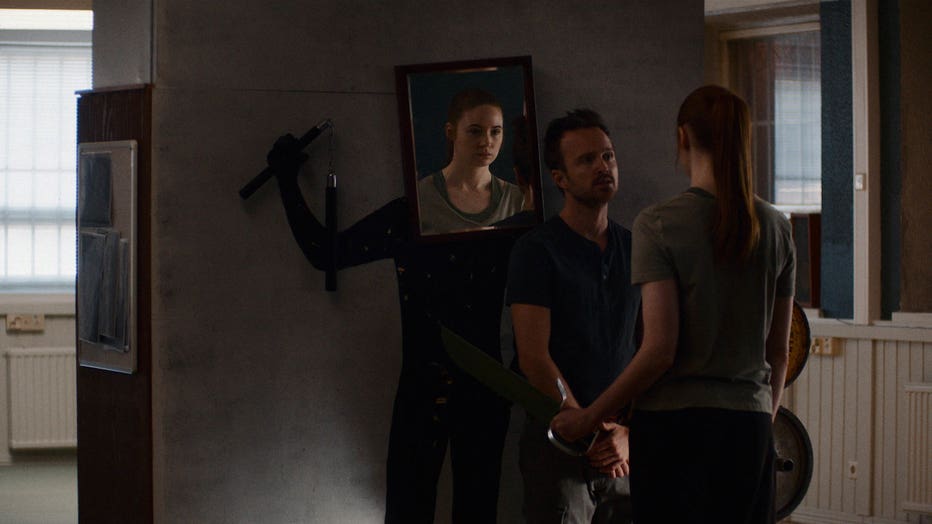 Dark comedy and general off-kilter weirdness are the name of the game here. There’s a solid 45 minutes of great bone-dry social satire in the middle of "Dual," as Stearns fleshes out the absurd bureaucracy of his near-future world. Standard operating procedure in cases like these is to have the original and their clone fight to the death. (We get a glimpse of one such battle in the film’s grisly opening sequence.) And the mix of legal detachment and brutal bloodsport fuels some pointed lo-fi sci-fi worldbuilding; a reflection of the astonishing lengths humans will go to in order to make what’s ghastly seem palatable and reasonable.

But a too-slow start and an anticlimactic ending muddle the effort a bit. Though Gillan is excellent in her dual roles (as is Aaron Paul as the combat trainer Sara hires to help her prepare for her duel to the death), "Dual" feels like it would’ve been better as a short film than a feature. Even at a brisk 95 minutes, the intriguing ideas at its center aren’t quite enough to sustain Stearns’ unique tonal tightrope walk to the end.

Gaze into the future with these sci-fi titles, streaming (for free!) on Tubi

Hardcore Henry (2016): "Hardcore Henry" isn’t based on a video game, but it replicates the gaming experience more directly than any proper adaptation of the past two decades. Filmed entirely in "first person shooter" mode (i.e. from the perspective of the protagonist), this sci-fi shoot-‘em-up delivers a creative riff on action filmmaking with a gimmick it’s hard to believe someone hadn’t tried before. Rated R. 96 minutes. Dir: Ilya Naishuller. Featuring: Sharlto Copley, Danila Kozlovsky, Haley Bennett, Andrei Dementiev, Darya Charusha.

The Truth is in the Stars (2007): This tight documentary (it clocks in at just under 90 minutes, or around 9 Blue Origin missions) sees William Shatner enter into conversation with scientists and artists alike on the subject of "how the imaginative optimism of ‘Star Trek’ influenced multiple generations." Rated TV-14. 86 minutes. Dir: J. Craig Thompson. Featuring: William Shatner, Stephen Hawking, Ben Stiller, Gene Rodenberry, Neil deGrasse Tyson.