A Duluth mother said her young girl had her braids pulled out at her daycare.

DULUTH, Ga. - A mother in Duluth is accusing employees at her child’s former daycare of ripping the braids out of her 2-year-old’s scalp. The state has opened an investigation into Creekstone Daycare Academy in response to those claims.

"This is very unusual…both the type of complaint and just complaints in general," Georgia Department of Early Care and Learning spokesman Reg Griffin said Friday.

Kailyn Brown said she was shocked and angered when she picked up her daughter Baileigh and saw a bald patch in the back of her head on top of the hair beads she came to school with removed. 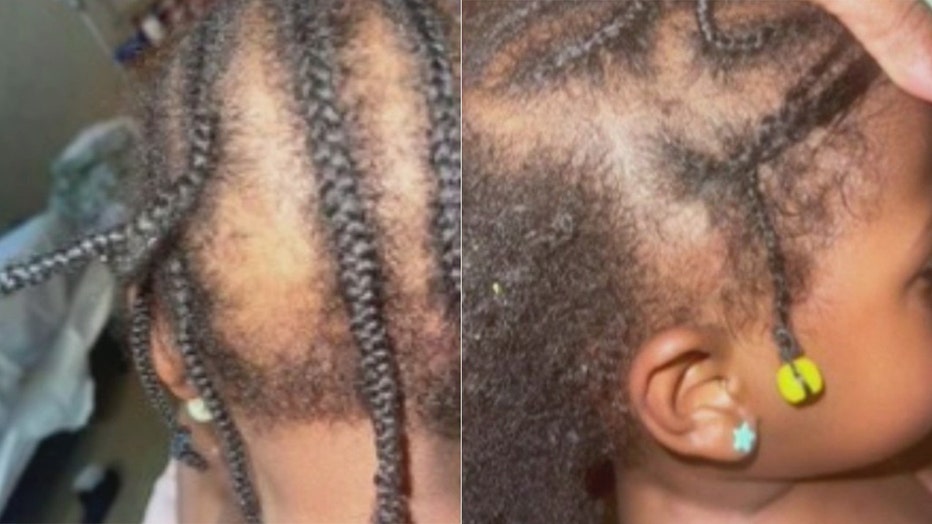 Kailyn Brown posted these images of her daughter's hair to social media saying the toddler's braids were pulled out at her Duluth daycare. (Kailyn Brown)

"She told me all she would do was contact her parent. She never made a complaint. She never showed me any video footage of what could have happened to my child," Brown said. "This is not just about my child…this could have been anyone’s child."

A statement from Creekstone Daycare Academy said they did notify her about the March 28 incident and asked her not to put beads in her daughter’s hair for safety reasons.

Brown said because they showed no policy against beads, she continued to put them in Baileigh’s hair. But the next week when the two year-old came home, she found bald patches in her scalp.

"When I did speak to the owner of this place. He told me this was something that could’ve happen while my child was at home in my care. I really don’t appreciate it and I’m very hurt, very angry," she said.

Brown said a day later, her two children were no longer enrolled at the day care. A statement from Creekstone said it was the result of the Brown’s inappropriate behavior screaming and yelling at the director.

State officials confirmed they opened their investigation into the incident on Tuesday after a complaint was filed. Griffin said they take these complaints very seriously and the investigation could take up to 30 days.

Creekstone Daycare Academy has denied all the allegations.