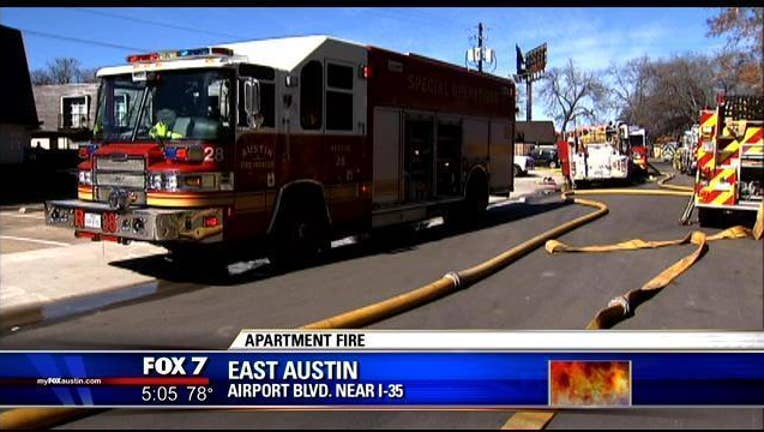 Around 10:30 Tuesday morning, fire crews were called to the Wilshire West Apartments near I-35 and Airport Blvd.

When they arrived, they found a fire burning in the wall of a second story apartment.

The fire left behind $55,000 worth of damage to two units and the apartment's leasing office.

The Red Cross is assisting.