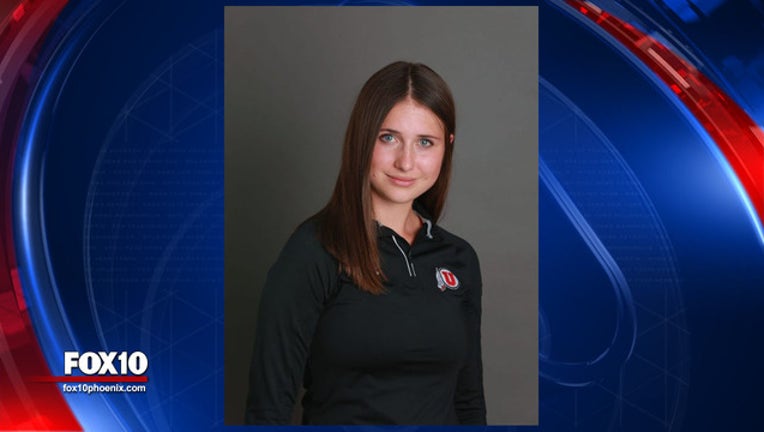 Lauren McCluskey, a senior from Pullman, Washington, was shot outside a dormitory just before 10 p.m. and police said she had had a relationship with the shooter, identified as Melvin Rowland. (Photo: Steve C. Wilson/University of Utah)

SALT LAKE CITY (AP) -- A University of Utah student was shot and killed on campus by a former boyfriend, who was found dead hours later inside a church Tuesday, authorities said.

Lauren McCluskey, a senior from Pullman, Washington, was shot outside a dormitory just before 10 p.m. and police said she had had a relationship with the shooter, identified as Melvin Rowland.

Police followed Rowland, 37, into an off-campus church after he was spotted at about at about 1 a.m., University of Utah Police Lt. Brian Wahlin said.

The University of Utah also tweeted that Rowland had been located and was "no longer a threat."

McCluskey was a track and field athlete and majored in communication. Local media reported she was 21.

"As a campus community, we share grief over this tragic loss of life," she said in a statement.

"This news has shaken not only myself but our entire University of Utah athletics family to its core," he said.

McCuskey's body was found in a car near the university's medical towers, Wahlin said.

"It was really scary to look out the window and see. I saw 15 to 20 police officers right where we're standing right now," Tyler Olsen, a student who lives in family housing near the shooting scene, told the Deseret News.  "I mean, you're in your home, but nowhere feels safe in that moment."

Last month, an ex-convict pleaded guilty to killing a University of Utah student from China using a gun stolen after another slaying. Austin Boutain, 24, was sentenced to life in prison without the possibility of parole.

He and his wife were charged with hatching a carjacking plot that led to the October 2017 death of Chenwei Guo, whose parents live in Beijing and were devastated over the death of their only son at age 23.