FAA cracks down on unruly passengers with new PSA

A JetBlue flight attendant was kicked in the chest and choked with their necktie while trying to restrain an unruly passenger on the verge of reaching the flight deck, according to an FBI affidavit.

Authorities identified the suspect as Khalil El Dahr and say he could be charged with interference with flight crew members and attendants.

The incident took place Wednesday evening on JetBlue flight 261. The suspect was sitting in seat 6C on a flight from Boston to San Juan, Puerto Rico.

Flight attendants told the FBI El Dahr tried to make a phone call roughly an hour before landing, but became angry when it didn’t work.

Crew members alleged El Dahr left his seat with about 45 minutes remaining in the flight and rushed towards the flight deck, screaming in Spanish and demanding to be shot and killed.

A flight attendant blocked him from reaching the cockpit, redirecting the suspect into an area before the galley on the right side of the plane.

A flight crew officer opened the front door, at which point the suspect allegedly grabbed the flight attendant’s necktie and began to strangle them. 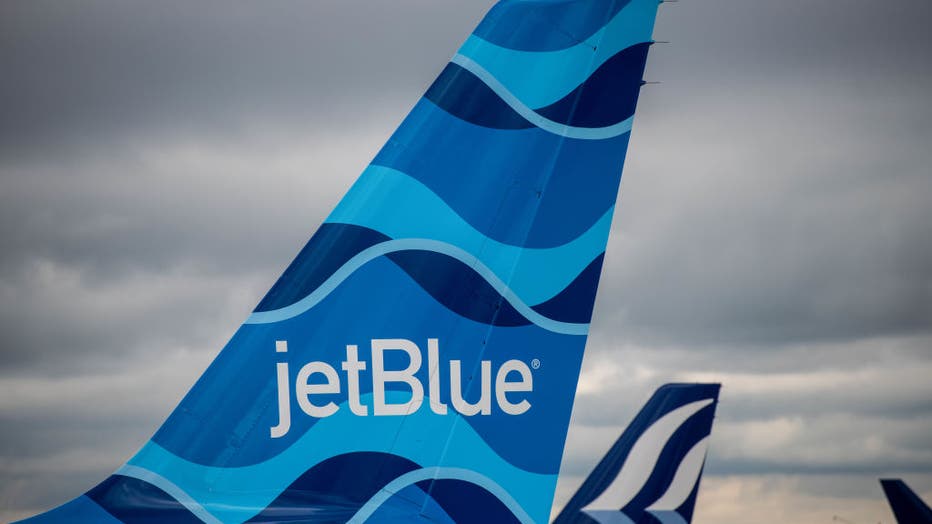 El Dahr then allegedly grabbed an overhead compartment and leveraged a kick that landed firmly in the chest of the flight attendant being strangled.

The flight attendant let go of the suspect to undo the necktie, then grabbed him again while six or seven other crew members rushed to the area.

They restrained him, but not without a struggle. Flight attendants said he broke through a set of flex cuffs that had been applied to his wrists.

They fastened a second set and used a necktie to bind his feet and four seatbelt extenders around his torso. Once properly secured, the suspect was moved to the back of the plane.

Once the plane landed, law enforcement officials were waiting.

"We applaud the crewmembers for their response to this challenging situation and for keeping the other customers on board safe," JetBlue said in a statement.

This incident is one of the latest in a surge of violent, unruly passengers airlines have dealt with since the COVID-19 pandemic began last year. The Federal Aviation Administration (FAA) introduced a zero-tolerance policy for violators this January, but it did nothing to discourage these incidents.

This year alone, the FAA has received reports of more than 4,300 unruly passengers. In August, FAA Steve Dickson penned a letter to airports asking them to help bring these incidents to an end.

The FAA asked the same of airlines when meeting with groups representing them on Tuesday. The next day, Delta Airlines sent a memo to its flight attendants saying more than, 600 people had been added to Delta's "no-fly" list and they asked other airlines to share their lists.