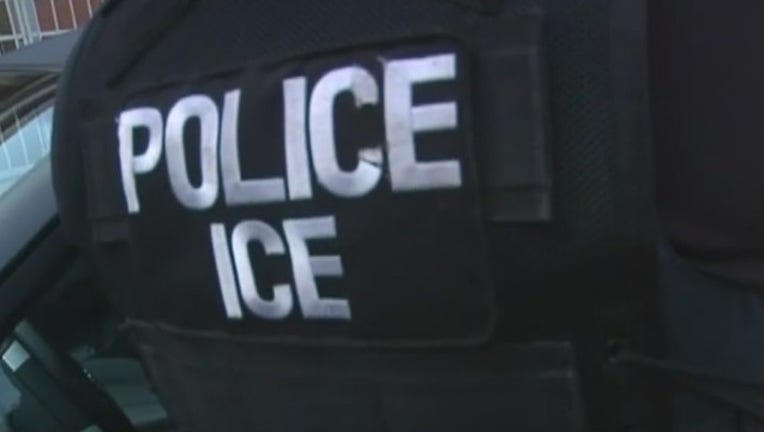 AUSTIN, Texas (AP) -- A federal judge late Wednesday temporarily blocked most of Texas' tough new "sanctuary cities" law that would have allowed police to inquire about people's immigration status during routine interactions such as traffic stops.

The law, SB 4, had been cheered by President Donald Trump's administration but decried by immigrants' rights groups who say it could force anyone who looks like they might be in the country illegally to "show papers."

The measure sailed through the Republican-controlled Legislature despite months of protests and opposition from business groups who worried that it could cause a labor-force shortage in industries such as construction. Opponents sued, arguing it violated the U.S. Constitution, and U.S. District Judge Orlando Garcia's ruling in San Antonio keeps it from taking effect as planned Friday -- allowing the case time to proceed.

In a 94-page ruling, Garcia wrote that there "is overwhelming evidence by local officials, including local law enforcement, that SB 4 will erode public trust and make many communities and neighborhoods less safe" and that "localities will suffer adverse economic consequences which, in turn, will harm the state of Texas."

"The Court cannot and does not second guess the Legislature," he continued. "However, the state may not exercise its authority in a manner that violates the United States Constitution."

Garcia's order suspends the law's most contentious language while suggesting that even parts of the law that can go forward won't withstand further legal challenges.

The law had sought to fine law enforcement authorities who fail to honor federal requests to hold people jailed on offenses that aren't immigration related for possible deportation. It also would have ensured that police chiefs, sheriffs and constables could face removal from office and even criminal charges for failing to comply with such federal "detainer" requests.

The four largest cities in Texas -- San Antonio, Austin, Houston and Dallas-- have joined the lawsuit, saying the law is vague and would have a chilling effect on immigrant communities. Their attorneys told Garcia that his ruling could determine if other states pursue copycat measures. Lawyers for the Texas attorney general's office responded that the new law has fewer teeth than Arizona's 2010 "Show Me Your Papers" measure that was partially struck down by the U.S. Supreme Court.

Top conservatives say an immigration crackdown is necessary to enforce the rule of law. Republican Gov. Greg Abbott has maintained that only lawbreakers have anything to worry about.

On the final day of the legislative session in May, tensions boiled over when Republican state Rep. Matt Rinaldi told Democrats that he had called federal immigration agents to report protesters in the Capitol who held signs saying they were illegally in the country. One Democratic legislator admitted pushing Rinaldi, who responded by telling one Democrat that he would "shoot him in self-defense."

The Trump administration has made "sanctuary cities" a target. U.S. Attorney General Jeff Sessions has threatened to pull federal money from jurisdictions that hinder communication between local police and immigration authorities and has praised Texas' law.

Several state and local leaders released statements in response to the ruling. They are as follows:

"Today's decision makes Texas' communities less safe. Because of this ruling, gang members and dangerous criminals, like those who have been released by the Travis County Sheriff, will be set free to prey upon our communities."

"U.S. Supreme Court precedent for laws similar to Texas' law are firmly on our side. This decision will be appealed immediately and I am confident Texas' law will be found constitutional and ultimately be upheld."

"Senate Bill 4 was passed by the Texas Legislature to set a statewide policy of cooperation with federal immigration authorities enforcing our nation's immigration laws. Texas has the sovereign authority and responsibility to protect the safety and welfare of its citizens. We're confident SB 4 will ultimately be upheld as constitutional and lawful."

"I am pleased by the Court's ruling today. I believe that local communities are stronger and safer when justice and security are a reality, not for some, but for all. I look forward to the ultimate resolution."

"This ruling is good for Austin because SB 4 if ever implemented would make Austin less safe. This week’s crisis with Hurricane Harvey is just the most recent example why people need to feel safe approaching our local police and support groups, no matter what. If people in Austin do not feel safe asking for help, they become more vulnerable to crime, not just natural disasters.”