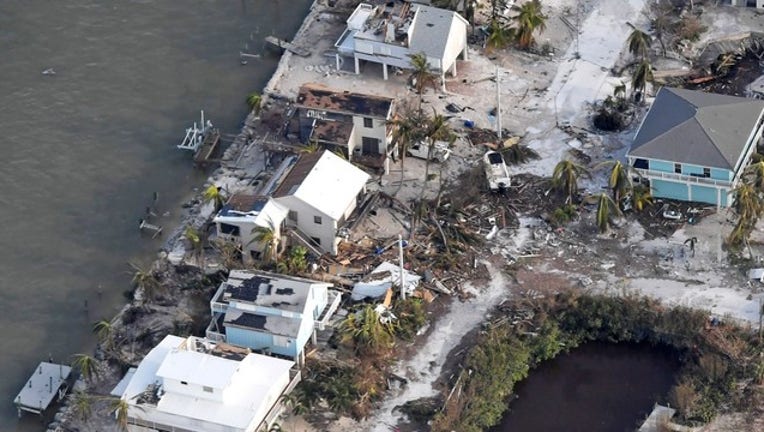 Damaged houses are seen in the aftermath of Hurricane Irma on September 11, 2017 over the Florida Keys, Florida (Photo by Matt McClain -Pool/Getty Images)

(FoxNews.com) - Two days after Hurricane Irma made landfall in the Florida Keys, we're seeing just how badly the island chain was devastated by the massive storm.

According to FEMA, approximately 25 percent of houses in the Keys were destroyed, and another 65 percent suffered major damage.

"Basically, every house in the Keys was impacted some way," FEMA Administrator Brock Long said.

Phil Keating reported from Islamorada, Florida, revealing the devastation that Keys residents are returning to after evacuating last week.

Keating was present as Islamorada resident Clay Crockett returned to his home and discovered it had taken extensive flooding and damage.

"I guess I'll start from scratch," said Crockett, who runs a event and party supply business.

"We've been in the off-season and now we're starting to get into the busy part of the season. And now that season for the events and weddings, now it's been highly jeopardized," Crockett said. "So that whole revenue stream just went down the tubes."