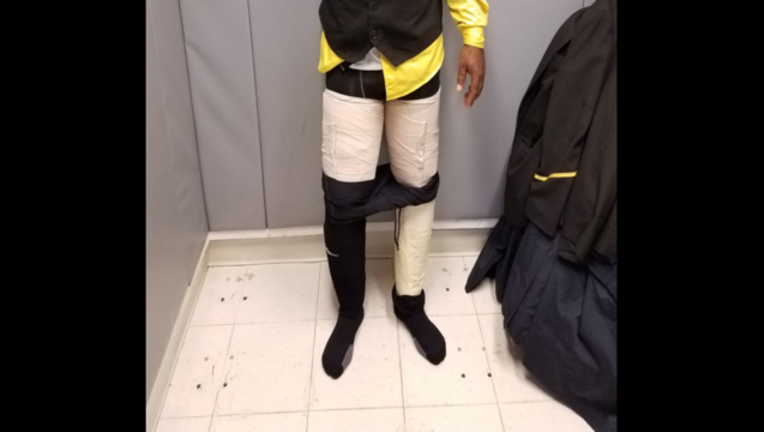 NEW YORK (FOX5NY) - A crew member on a flight arriving to New York's John F. Kennedy International Airport attempted to smuggle nine pounds of cocaine into the U.S. by taping packages of it to his legs, authorities said.

Customs agents say that Hugh Hall was a flight attendant on a Fly Jamaica Airways flight that landed at Kennedy on St. Patrick's Day. After the plane from Montego Bay, Jamaica landed, Hall attempted to go through customs and was taken to a private room for further screening.

CBP officers say they discovered four packages taped to his legs. They contained a white powder that tested positive for cocaine. The officers estimated the street value of the drugs at approximately $160,000.

Hall was arrested for drug smuggling and was turned over to Homeland Security.  It was not immediately known if he had a lawyer.

There have been several recent incidents where people have tried to smuggle cocaine in through JFK by taping it to their legs. There were two other arrests in the past few weeks.